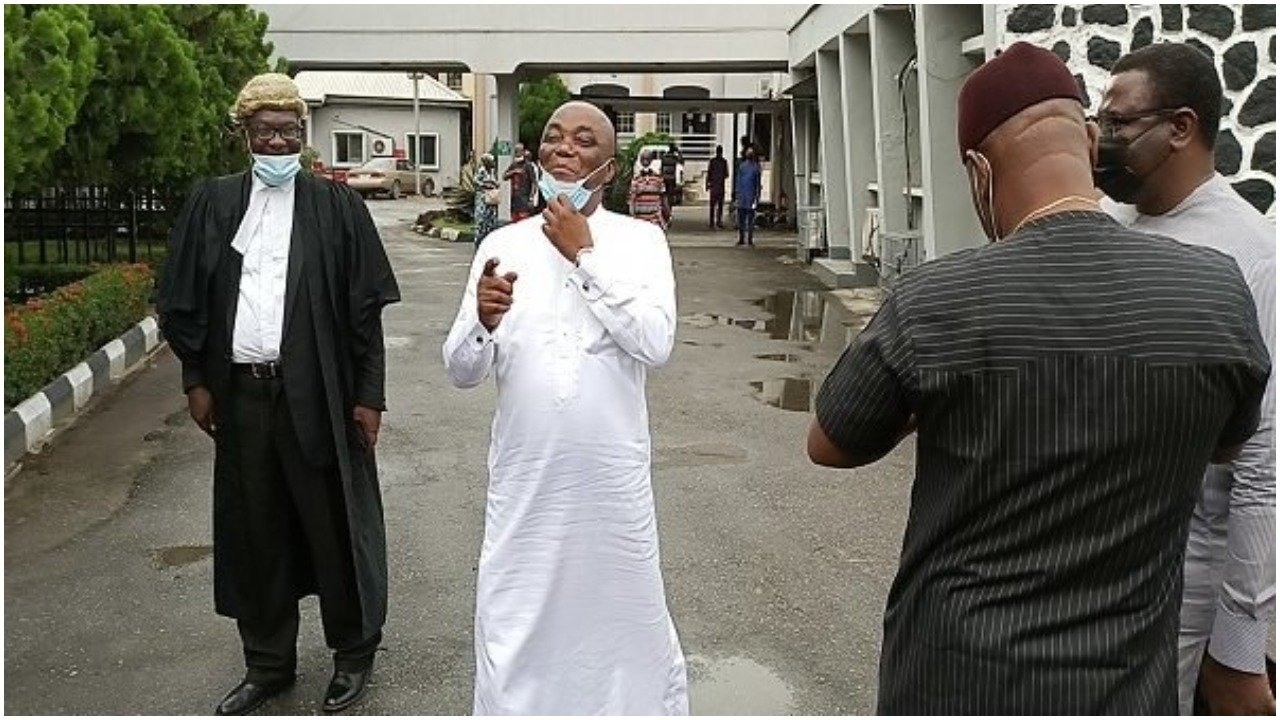 A Federal High Court in Lagos State, Nigeria has discharged and acquitted Sen. Peter Nwaoboshi (Delta North) of a N322 million money laundering charge filed against him by the Economic and Financial Crimes Commission (EFCC).

The judge, Justice Chukwujekwu Aneke, held on Friday that the EFCC failed to prove the elements of the offences for which it charged Nwaoboshi.

He held, among others, that the prosecution’s case collapsed because “bank officials were not called to testify.”

The defendants were arraigned in 2018 before Justice Mohammed Idris, who was later elevated to the Court of Appeal.

They were then re-arraigned before Justice Aneke on Oct. 5, 2018.

In the 2-count charge marked FHC/L/117C/18, the anti-graft agency alleged that the defendants committed the offence between May and June 2014, in Lagos State.

Nwaoboshi was said to have purchased a property described as Guinea House, Marine Road, in Apapa Lagos