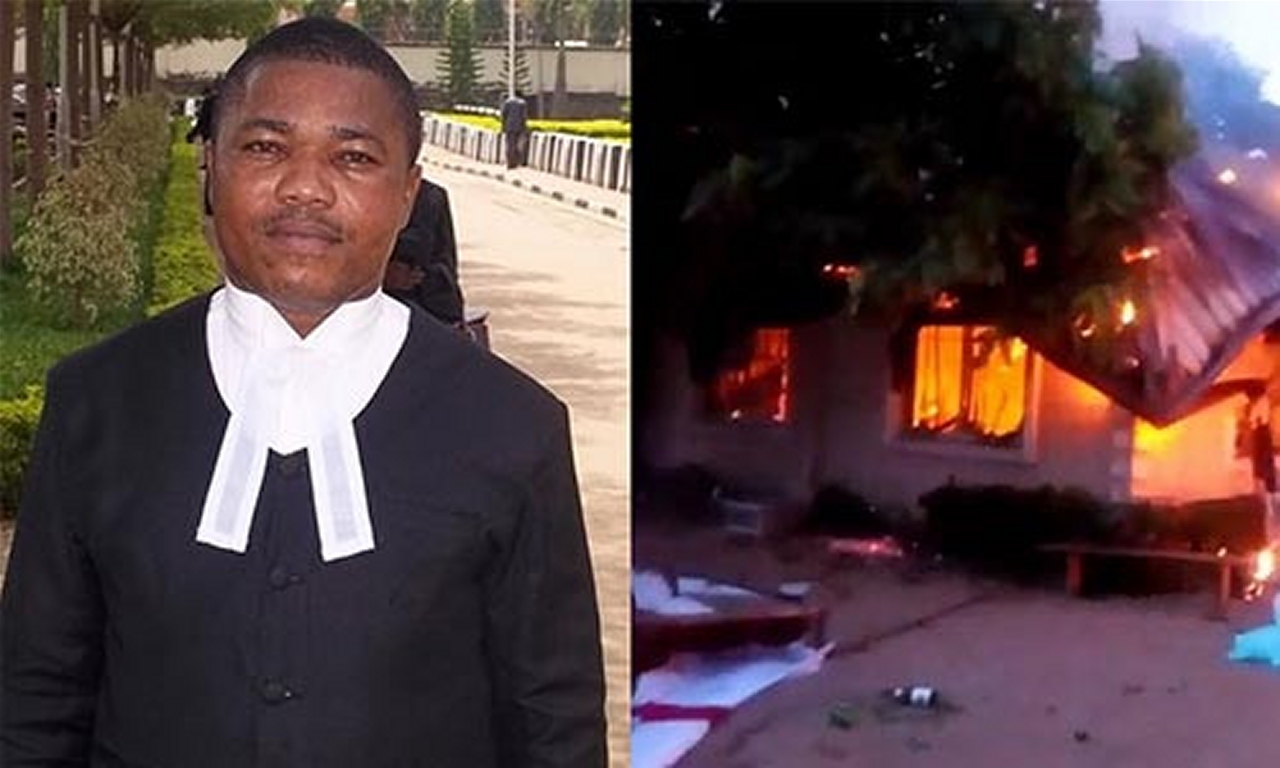 Ifeanyi Ejiofor, lead counsel of the leader of Indigenous People of Biafra (IPOB), Nnamdi Kanu, has stated that a Federal High Court sitting in Awka, Anambra State, has awarded N50million to him, against security agents who invaded his home in Anambra state, IgbereTV reports.

Exactly two years ago on the 2nd day of December, 2019, after the funeral ceremony of my elder brother- Late Rev. Chukwukpelum Louis Ejiofor, my ancestral home in Oraifite Anambra State, was invaded by a team of Security agents comprising of the Nigerian Police, Army and others. Four persons were killed in my compound, and all the houses within my ancestral home including my brothers’ houses and neighbouring houses were burnt down on that fateful day.

I instituted a suit for the enforcement of my fundamental rights grossly violated by the said Security agents.

The Federal High Court sitting in Awka, Anambra State, today, 2nd December, 2021 delivered a well considered judgment in my favour.
The Court found that the security agents grossly violated my fundamental rights and consequently awarded the sum of N50 million only in my favour against the Police, the Army and others, as compensation for the gross violation of my fundamental rights, and further awarded the sum of N2 million Naira only, as the cost of the action.

The judgment may have been delayed, but the fact that the Court found that my rights were grossly infringed upon and condemnable, will go a long way to assuage the pains and trauma I have been passing through over the past two years, on account of that terrible and heart wrenching experience.

I return all glory to the Almighty ChukwuOkike Abiama. May the spirit of the innocent souls killed in that bloody invasion continue to haunt those who killed them till the end of time. Isee!!!

I shall not relent in my pursuit for justice for the deceased because there must be reparation on account of their unjust killing.