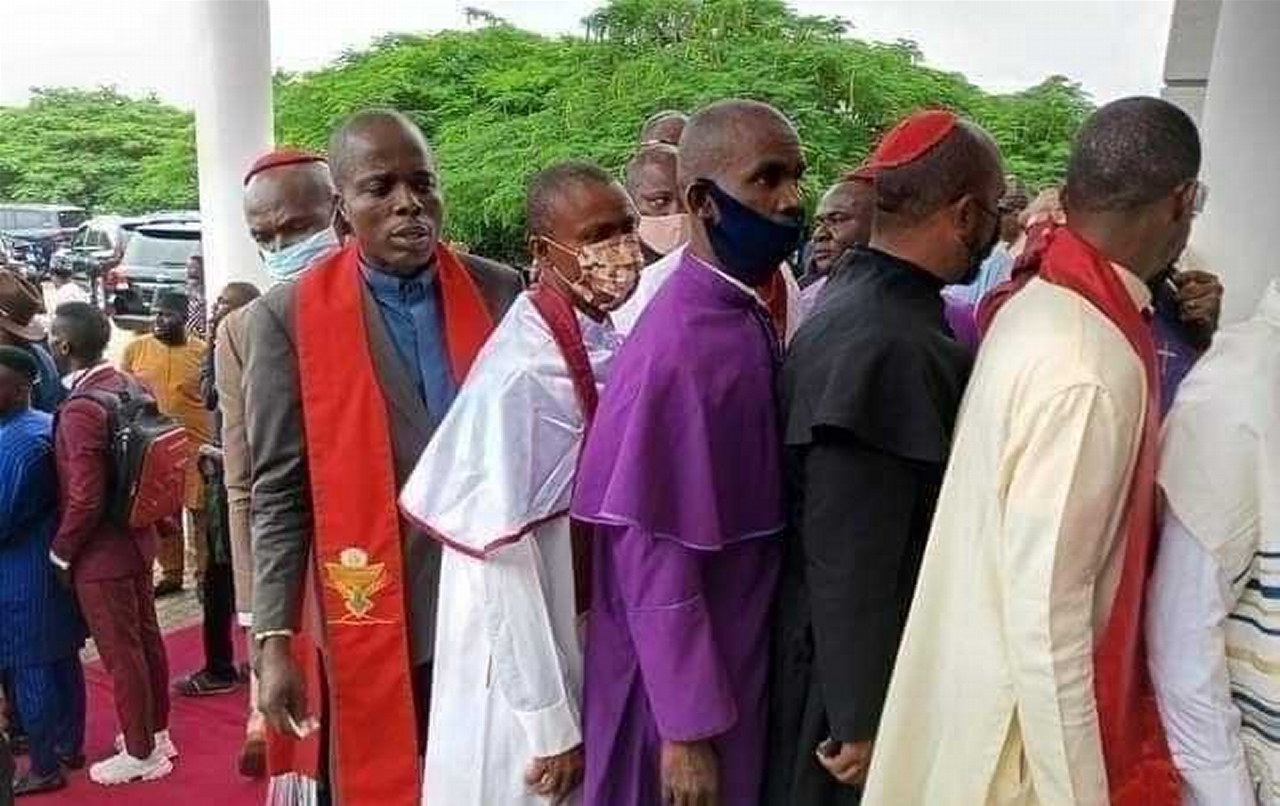 The Christian Association of Nigeria has dissociated itself from Clergymen including Bishops who attended the ceremony to unveil the vice presidential candidate of the All Progressives Congress, APC, Kashim Shettima.

The organisation said that although the presidential candidate of the APC, Bola Ahmed Tinubu, was free to “hire mechanics and other artisans and sew clerical garments for them”, that effort would only add to their many ropes but would not change the need for fairness and justice.

The Vice President of CAN (19 Northern States and Abuja) and its chairman in Kaduna State, Rev. Joseph John Hayab, said this in an interview with journalists in Abuja.

He said, “The people we saw at the unveiling of Shettima paraded as Bishops are people who did not have enough time to learn how to wear Bishop garments. Take a closer look at their photo and you will see another Nollywood movie.

“CAN wonders why the desperation. First, a story was out claiming to have come from the Chairman of CAN Borno state only to be refuted. Secondly, there was another lie that BAT (Bola Ahmed Tinubu) and his running mate were on their way to meet CAN President one night. A meeting that was not true and was on a night that the CAN President was in Alabama USA attending Baptist World Alliance Conference of which he is the Vice President.

“Another desperation story was that they met Papa Adeboye which the RCCG later refuted. If Christians are not important why the desperation?

“BAT is free to hire mechanics and other artisans and sew clerical garments for them. An effort that will only add to their many ropes when the political exercise is over but will not change the need for fairness and justice that CAN is calling for.

“CAN appreciate that we are in a democracy, no need to do funny and dubious things just to prove a point because it will in the end bounce back. BAT team should simply do what is right and stop the drama.