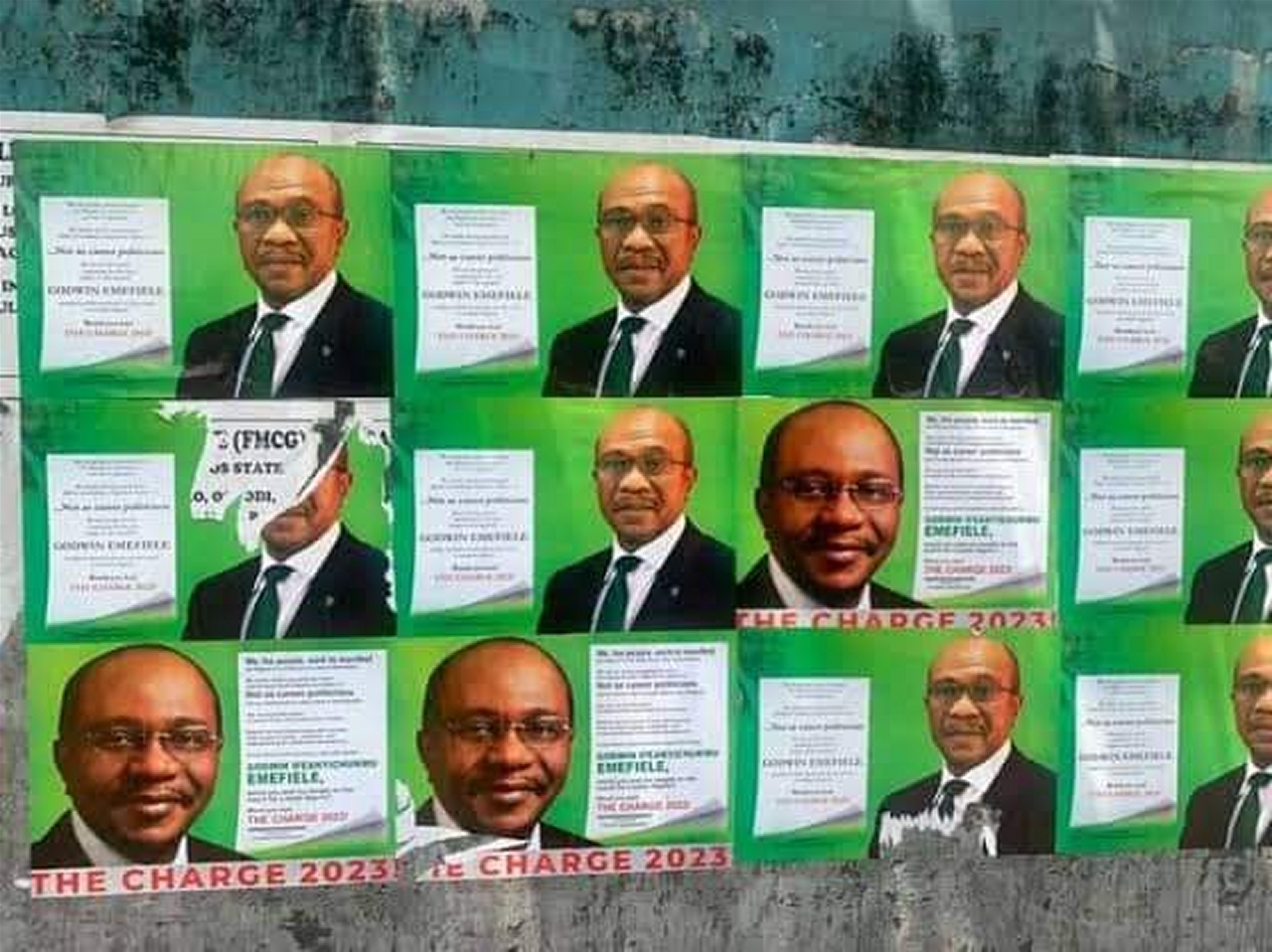 …Says It’s Height of Impunity
The Peoples Democratic Party (PDP) demands the immediate resignation and investigation of the Governor of the Central Bank of Nigeria (CBN) Godwin Emefiele, following his appearance in All Progressives Congress (APC) campaign posters which confirms his partisan affiliation and entanglement with the APC.

The PDP asserts that the appearance of the CBN Governor; the banker of the federation, who by law, ought to be non-partisan and apolitical, in APC campaign material is the height of impunity of the President Muhammadu Buhari-led APC administration, which amounts to poking its fingers in the eyes of Nigerians and daring them to do their worse.

This action by Mr. Emefiele is contrary to the provision of Section 9 of the Central Bank of Nigeria (Establishment) Act which provides that “the governor and the deputy governors shall devote the whole of their time to the service of the bank and while holding office, shall not engage in any full or part-time employment or vocation, whether remunerated or not…”

By engaging in partisan politics to the extent of appearing in APC campaign posters, Mr. Emefiele has knowingly and deliberately violated the provision of the CBN Act stated above.

Mr. Emefiele has also desecrated the sanctity of his office as CBN Governor, compromised the integrity of the apex bank, stripped it of the confidence reposed in it by Nigerians and the International Community and as such, cannot legitimately continue to hold and function in that office.

This further confirms that under Mr. Emefiele, the CBN, as the custodian of our national economy, has become an appendage and cash cow of the APC in their reckless pillaging of our national resources, the resultant effect of which is now evident in the near collapse state of our economy.

The CBN Governor must therefore resign immediately and subject himself to investigation by anti-corruption agencies on various allegations of financial misfeasance including reportedly opening our national vaults to the cabal in the APC administration and operating a special fraudulent, corrupt and discriminatory foreign exchange regimes for APC leaders to fleece our nation.

In addition, this further confirms allegation in the public space that the CBN had secretly released billions of naira through various petroleum sector underhand dealings to finance the APC National Convention.

It is now crystal clear that President Buhari and the APC are not committed to providing a level playing field for free and fair general elections in 2023. As the banker of the federation, Mr. Emefiele is in a position to have undue access to public funds to finance APC’s campaigns.

Moreover, being in control of all the accounts of other Nigerians, the CBN Governor is also in a position to use his office to clamp down on the finances of other contestants and stifle them of funds.

It is only under the APC with its impunity and disregard for rules and sanctity of Institutions that campaign posters with the portrait of the CBN Governor side by side with that of the President can be condoned. That presupposes an endorsement of impropriety and we demand that President Buhari come clean on this monumental corruption of the Central Bank of Nigeria.

History will note President Buhari’s legacy of destroying every segment of our national life; from security to electoral process, unity of our nation and now the sanctity of the Central Bank. Our Party cautions that the consequences of this are better imagined.

Now that Mr. Emefiele has openly identified with the APC, he should immediately resign and face an ill-fated career in the fizzling APC.