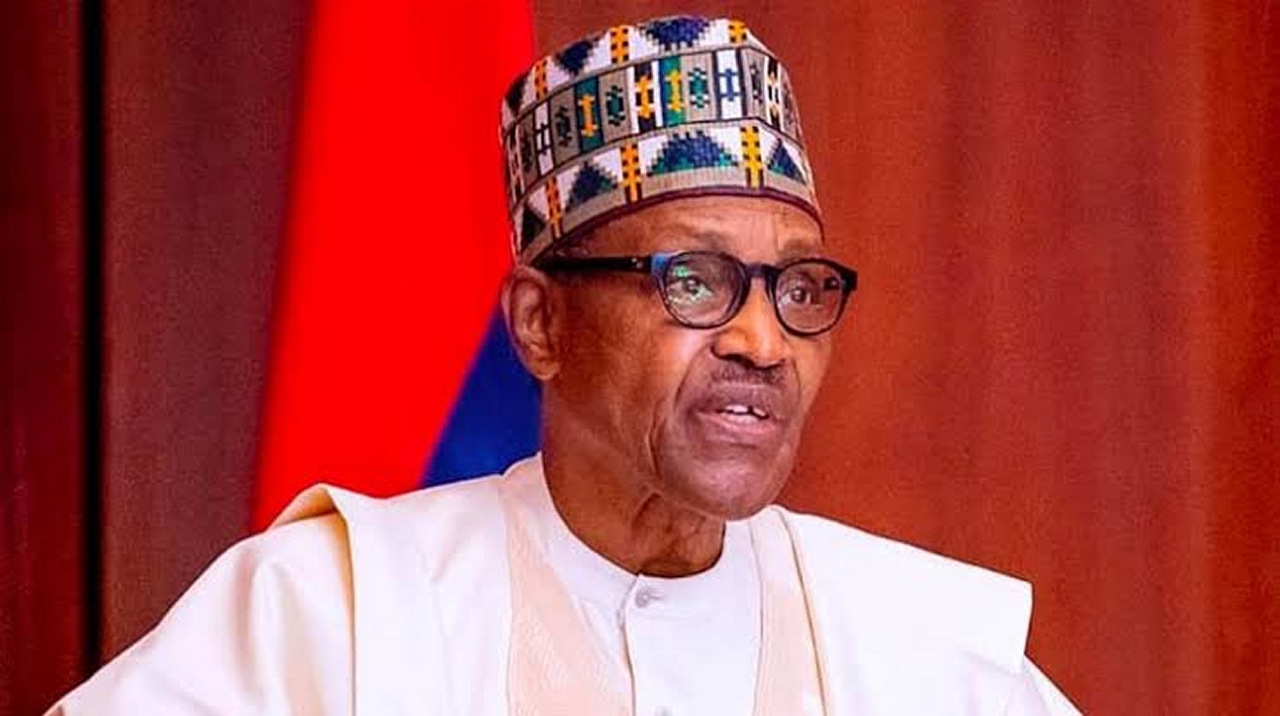 The waves washed the blue whale ashore at midnight, an abomination that daybreak must not see. Sadly, not a thousand hefty men can secretly push the big fish back into the receding sea; what is left is a lie to tell that the shore was a better habitat for the fish than the deep.

My mouth opened ajar and slammed ‘a-shut’ in countless gasps of ha! and eh! as I watched the President desecrate the highest seat in the land with a performance bereft of high intelligence quotient.

As the interview progressed, Buhari, the reason why Nigeria has retrogressed in the last six years, wrung his manicured fingers wryly, sitting magisterially before the television crew, telling naked lies in an incoherent manner.

At the battleground, Buhari tried to dominate Channels TV anchors, Seun Okinbaloye and Maupe Ogun-Yusuf, a tag-team twosome that ran CT scans on the President’s responses, exposing them as lies, incoherent and snobbish.

The lies, incoherence and snobbery by President Buhari were like a spoon airlifting ofada rice, ponmo and stew into the mouth with the teeth clamping down heavily on the morsel, crunching ponmo, ofada, ponmo, ofada…then kwrawh, hard stones!

If the President’s wife, Aisha, wore the glasses of patriotism to watch the interview, the highest mark she would award to her husband is a fat zero with two fish eyes and rabbit ears. It’s only the love for her husband that won’t make her score him minus 100 and scribble ‘incompetent’ on his script in red ink.

To say the least, the interview, whose questions were sent to the President in advance, was another national disaster. But the whale is washed ashore. Worshippers of the sea god must defend its nakedness. How would the interview have turned out if the questions weren’t forwarded to President Buhari weeks before D-Day, I wonder?

Let’s go! Offering a shallow understanding of the economy in disjointed English, Buhari said his new adviser on economy, Dr Doyin Salami, (who was only appointed last week), made his regime know that only 2.5% of Nigeria’s (34 million hectares of) arable land was being used for cultivation.

Buhari, who typically slipped in and out of sync with reality during the interview, falsely bestowed on Salami, a professorial title as though that was all that’s needed to clear the Augean mess his regime has made of the economy. Salami isn’t a professor yet, Baba Yusuf, except your cabinet wishes to produce another quickie professor like Isa Pantami.

The old soldier said, “The last time he (Doyin Salami) briefed us (the executive council), we found out that only 2.5% of Nigeria arable land is being used. (He adds snobbishly and disjointedly) You, people, are shouting urban unemployment. Look, when we closed the border between Benin and Niger Republic, we stopped the importation of rice, now Nigerians, we produce the rice we need and even export.”

Before his new role as Chief Economic Adviser to the President, Salami was appointed the Head, Presidential Economic Advisory Council, in September 2019.

If I was on the Channels TV panel to Aso Rock, I would’ve asked Buhari when did Salami make his almighty revelation that only 2.5% of Nigeria’s arable land was under cultivation, and to what extent has his regime increased the cultivated area? If Buhari doesn’t know that local rice production cannot meet Nigeria’s consumption demand, he’s totally unworthy of the crown and sceptre he currently bears.

So, I would’ve asked Buhari why it took the second coming of Salami a few days ago for the regime to know that only 2.5% of Nigeria’s arable land was ever cultivated – despite Buhari’s dubious claims that Nigeria has been self-sufficient in rice production to warrant export.

If the Buhari regime didn’t know the percentage of cultivated arable land in the country until recently when Salami was elevated, it goes without saying that Buhari can’t know the tonnes of farm produce harvested in Nigeria’s unknown arable land yearly. How then did Buhari know that the metric tonnes of rice produced in the country were able to meet local consumption and export targets?

With Boko Haram, banditry and Fulani herdsmen daily killing and chasing farmers away from farmlands across the country, how Nigeria, in Buhari’s fantasy, met and surpassed the seven million metric tonnes of local rice consumption, is a shameful lie.

Barely a month ago, the Vice Chairman, Senate Committee on Agriculture, Muhammad Enagi, during a meeting with rice stakeholders, lamented that about two million metric tonnes of rice are being smuggled into the country annually.

Also, Reuters quotes experts as saying there is little hope of improvement in rice production without significant investment in irrigation, mechanisation, roads and storage, stressing that more than 12% of produced rice is wasted due to poor roads, inefficient harvesting, milling and storage.

Were I on the Channels Tv interview panel, I would’ve told Baba Zahra that the economically-important Lagos-Ibadan Expressway remained shamefully uncompleted among other worsening infrastructure nationwide.

If local production of rice is in excess as claimed by Buhari, smuggling of the commodity won’t be attractive. Why do customs officers have to daily chase and seize imported rice nationwide?

The trouble-dey-sleep-Channels-go-wake interview throws up the picture of a student who couldn’t pass an examination despite having been told the questions beforehand.

As a primary school student, I didn’t understand why some fellow students couldn’t understand simple classwork taught by the teacher. However, when I graduated from the university and taught for a while, I came to realise that some students, who are perceived as dunces, are actually suffering from an ailment called Attention-Deficiency/Hyperactivity Disorder (ADHD).

The American Psychiatric Association says, “ADHD is one of the most common mental disorders affecting children. ADHD also affects many ADULTS. Symptoms of ADHD include inattention (not being able to keep focus), hyperactivity (excessive movement that is not fitting to the setting) and impulsivity (hasty acts that occur in the movement without thought).”

I don’t know the health status of President Buhari. But someone who claimed to know said in July 2017 that the President was suffering from chronic dementia. The audacious person also said the sickness that ails Buhari was inflicted by God. That person was a former Minister of Aviation, Femi Fani-Kayode, now a Buhari apologist.

Sounding like he’s the immediate younger brother of Jesus Christ, Fani-Kayode, in 2017, said, “The beast (Buhari) is dying. The flesh is rotting. The vultures are gathering…He (Buhari) has been struck and mortally wounded by the sword of the Lord… He has been hit by the east wind of destruction and he is suffering from God’s judgment…”

Disclaimer
When I started out on this article, I intended for it to be published in two parts, so, I dwelt elaborately on President Buhari’s false claims in the agric sector, and hoped to come back next week to analyse his horrendous treatment of the two governors, who ran to him when herders ceaselessly struck in their states, and his response to the frightening economic indices Okinbaloye presented, among other issues.

But going by the mental torture writing this piece gave me, I don’t want to continue with the grim fallouts of the interview next week, hence I break my pen on the subject. Affliction must not strike twice.