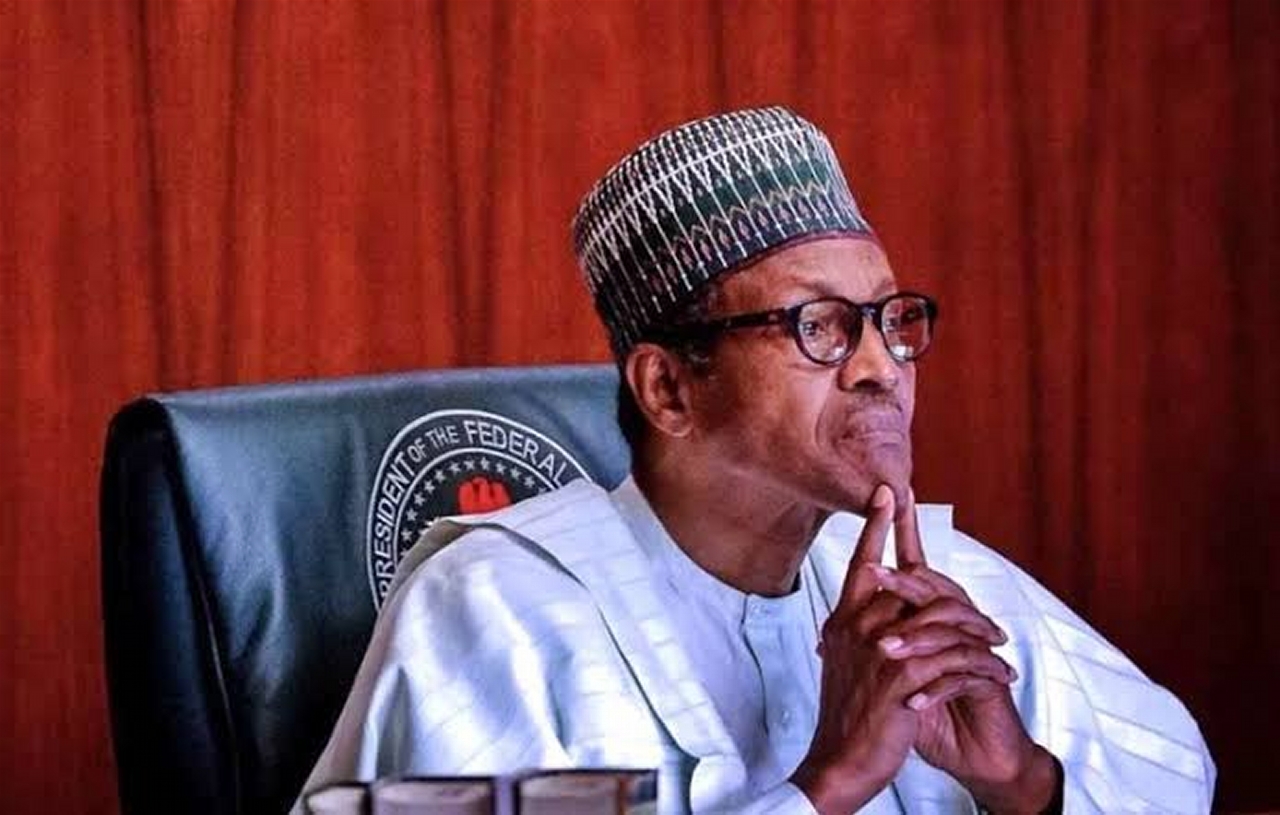 It cited his December 1 travel to a Dubai exhibition, to which he was accompanied by an entourage which included 10 ministers and the heads of Nigeria’s security agencies.

Pointing out that that visit came a few weeks after rapid trips to Saudi Arabia, Scotland, France and South Africa, Daily Trust said, “In all, of the six years that he has been in office so far, President Buhari has travelled 130 times to 36 countries altogether, spending about 308 days.”

As poor as that picture is, the Abuja-based powerhouse further lamented that while Buhari finds easy reasons to embark on foreign trips, “he almost always needs to be persuaded to visit the states and communities within Nigeria that are deserving of his presence.”

Worse still, “It has been observed that on the occasion he visits [Nigerian] states, he hardly stays long enough to make them meaningful to the people.”

The newspaper encouraged Buhari, in what remains of his tenure, to “turn his attention inwards and undertake visits to states and communities in the country and engage with them more,”stressing, “The country and its citizens require his attention.”

I fully agree with Daily Trust, but I disagree with its conclusion because it does not flow productively from its analysis.

If Buhari, even when he is in the country, is reluctant to serve his country, the answer is not to turn around and pretend to love them. If his preference is for the glitz and glamour of the executive jet, towards events where he reads written speeches and enjoys the fake adulation of diplomats and dignitaries, the answer is not that he drag his supercilious presence before poor Nigerians and critical audiences. That is show business.

Let us examine the evidence.The charges against Buhari are on the front pages of every newspaper in the land—including Daily Trust’s—murder, arson, mayhem, death, destruction,kidnapping, ambushing, beheadings, abductions, easy violence, cheapened life, tears. Each in increasing measure.

This dystopia is in the security sector alone, which is the first job of any government. It is in the face of this assault on every known measure of security, that Buhari travels and pleasures himself around the world.

The answer, therefore, here in his seventh year, is not that he learn to respect and serve his people. That is too late, too far-fetched andtoo unrealistic.

The productive conclusion is that Buhari never cared for the reality of governance and should step aside. He is a ruler, not a leader, and does not understand the content of leadership at all. This is the reason why, with 18 months left for him, he needs to be reminded of his job, which is that “the country and its citizens require his attention.”

Let us be fair, but clear: Buhari did not create the jungle that Nigeria is. It was, however, because of the jungle that he obtained the chance he sought to lead Nigeria. He has said so himself. He did not fight four electoral contests so he could drive Nigeria deeper into that jungle. But that is exactly what he has achieved through his leadership or lack of it, through acts of commission or omission, through terrible policy or lack of policy.

I do not make this call casually. One week after he took office in 2015, as it was clear there major decisions needed to be made but he appeared to dither, I questioned whether Buhari was the lion or the meat.

Less than two years later, in February 2017, I made my call, sadly identifying the fall of the Nigeria leader and his party.

“To think about Buhari since May 2015 is to observe how power affects individual holders,” I wrote. “Sometimes, a man takes office and becomes a prime instrument for building that nation or that community or that era. And then sometimes, a king assumes the throne clothed in layers of gold and the finest linen but only to expose his nakedness. Buhari appears to be the latter.”

I regretted that Buhari had marketed a product he could not manufacture, and that he “gives economic management a bad name.”

In April 2018, I urged him to resign and not run for a second term.“Simply put, Buhari has been found out,” I said. “Not only has he been unveiled as being incapable of running Nigeria, his claims of personal integrity, and that he has the credentials to conquer corruption, have been shattered.”Three months later, I declared the Buhari his propagandists continued to advertise, in full view of his failures, to be “dangerously fake.”

Increasingly, Buhari’s performance and judgment have worsened side by side with the situation in the country, with his most prominent role these days being as mourner-in-chief. Everyday, he is penning condolence messages to communities that are being wiped out in growing violence. He even finds time to recognize and pen messages of sympathy or condolence to privileged individuals.

This week, as developments on the COVID-19 front seemed to temporarily deny hispresidential jets flight plans in every direction, he seemed to find time to learn of some of the latest of such horrors in the shores of Nigeria, and to write new messages.

Of the horrendous shooting of a bus in Sokoto by criminals, he said it showed “that the evil this administration is confronting is one that requires the support and involvement of all Nigerians.”

Presidential spokesman Femi Adesina wrote that. It is unclear that Buhari cares about these things, but he assured, as he always does, “that the security agencies will continue to give their all to bring to an end the operations of these despicable people.”

What comprises the “support and involvement” of the people to an administration which in practice holds them at arm’s length and in contempt? Nigerians have long lost faith in the Buhari administration or its pledges, given that its actions speak much louder.

Buhari once preached about how his government wanted to ensure it was trustworthy, but he has never invested in that enterprise. His principal tool remains nepotism, and his so-called anti-corruption war, for whatever it is worth, is not only selective but clearly protects some of the most corrupt who are related to him politically. The heroes of his government are often the nation’s most corrupt, and transparency is anathema in practice.

These things are all critical to progress, as it is impossible to boost the economy in the face of widespread insecurity and mixed-messaging, and popular cynicism. How are the same Nigerians who are so ridiculed and marginalized by the government to supply “support and involvement” to enable Buhari to pretend he is working for them? How is a president whoreviles his own people to suddenly walk their streets and feel their pain?

Buhari received a blank cheque in 2015. He squandered it.I repeat my message from nearly four years ago: This is beyond him. He should be man enough to resign. Let someone else do it.