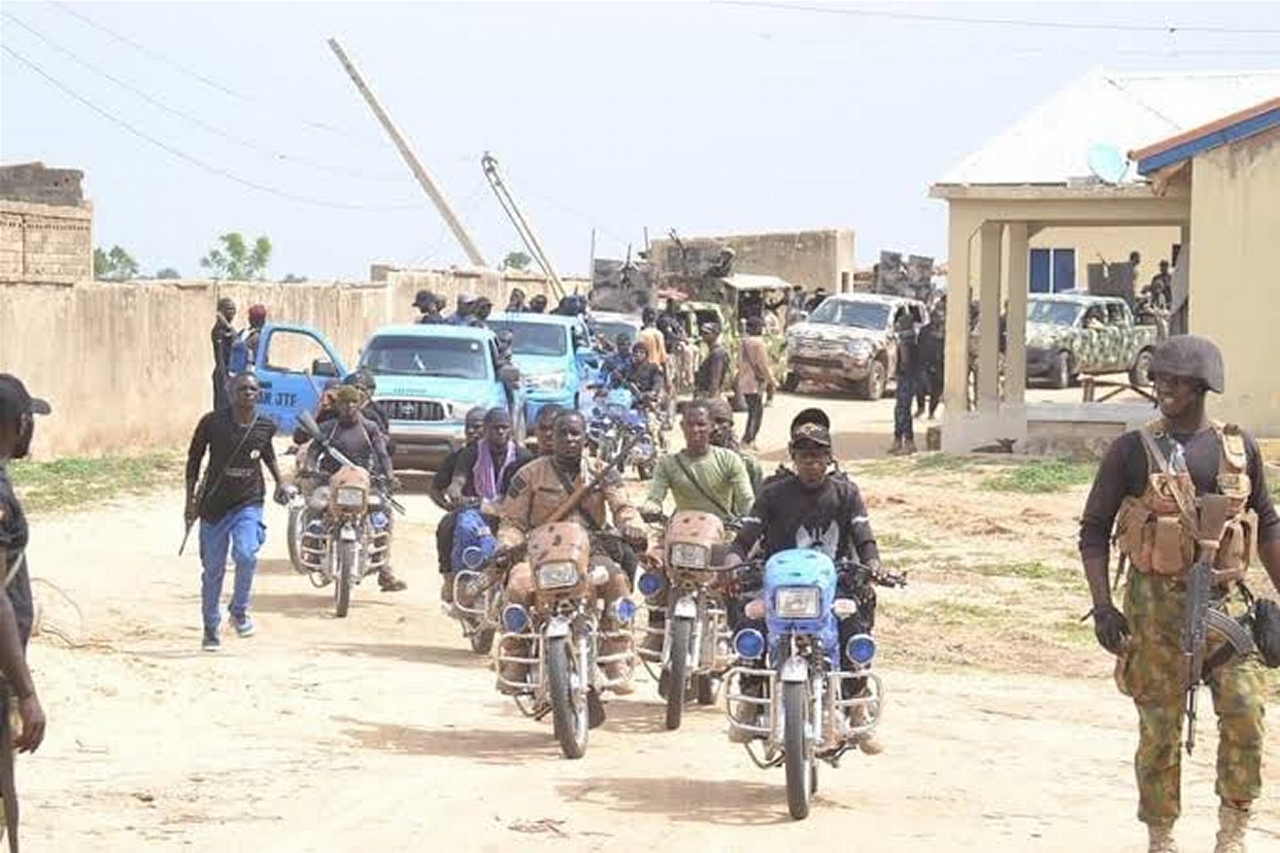 According to residents, the sect members sneaked into the town on Wednesday night without firing a single shot.

They were said to have parked their motorbikes in a neighbouring community.

Daily Trust gathered the insurgents entered through the eastern part of the town and set Government Science and Technical School Geidam ablaze, killing one person at the school quarters.

A source who doesn’t want to be named told a correspondent that the gunmen also targeted ‘Kwari’, a popular brothel in Geidam, where they slaughtered 10 persons, both men and women.

“They took us by surprise this time around; they entered in silence without firing shots or using vehicles.”

“Upon their entrance, they asked some of the residents to recite verses of the Qur’an before they either allowed them leave or get killed.”

Meanwhile, some residents are currently fleeing the town to avoid being trapped as was the case last year when the insurgents spent days in the community.

The Executive Chairman of Geidam Local Government, Ali Kolo, could not be reached for comments as of the time of filing this report, but his deputy, Musa Muhammed, confirmed the attack.

Geidam was attacked by the terrorists in 2021.