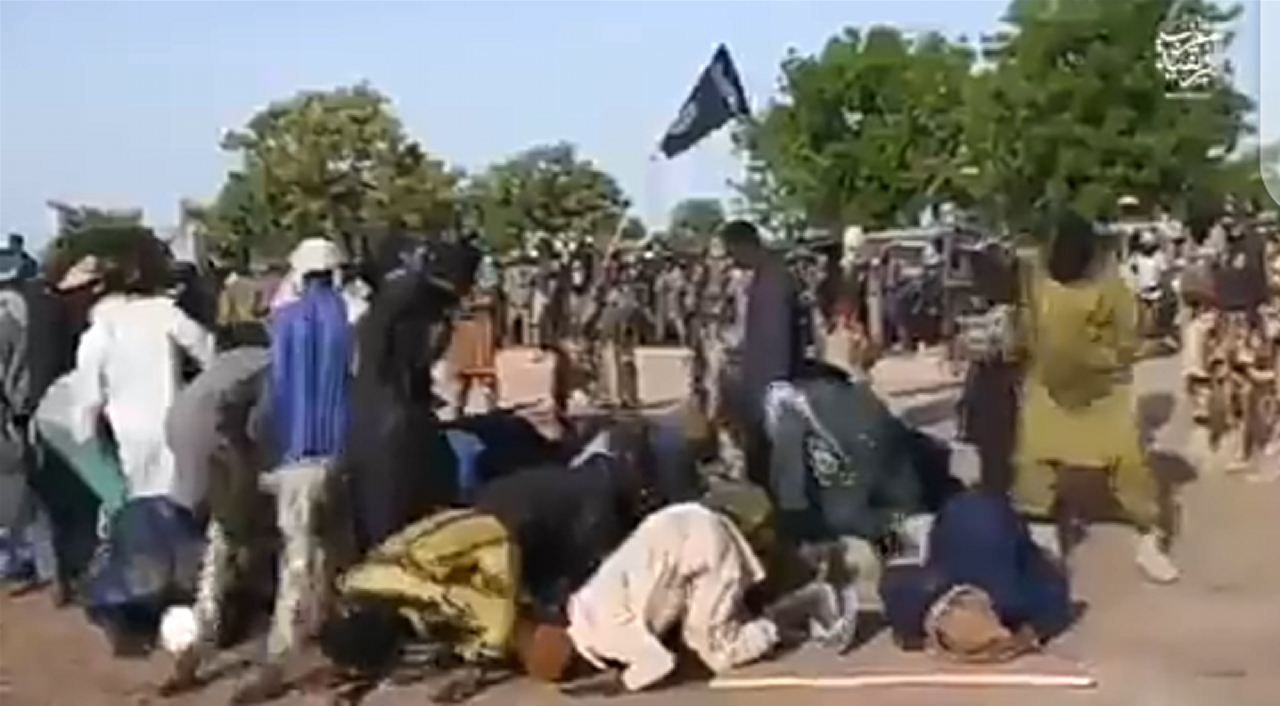 In a video footage, the two rival terrorist groups were seen chanting words of solidarity as they affirmed their togetherness and unity by placing their hands on top each other.

Fighters from both groups thereafter pledged their loyalty and allegiance to a certain Aba Ibrahim Al-Hashimiyil AlKhuraishi, whom they unanimously ordained as ‘Khalifan Muslimai’, translated as “The Leader of all Muslims”.

Subsequently, four terrorists from both groups were seen pledging their support and loyalty to the new leader speaking in Arabic, Hausa, English and Fulfulde.