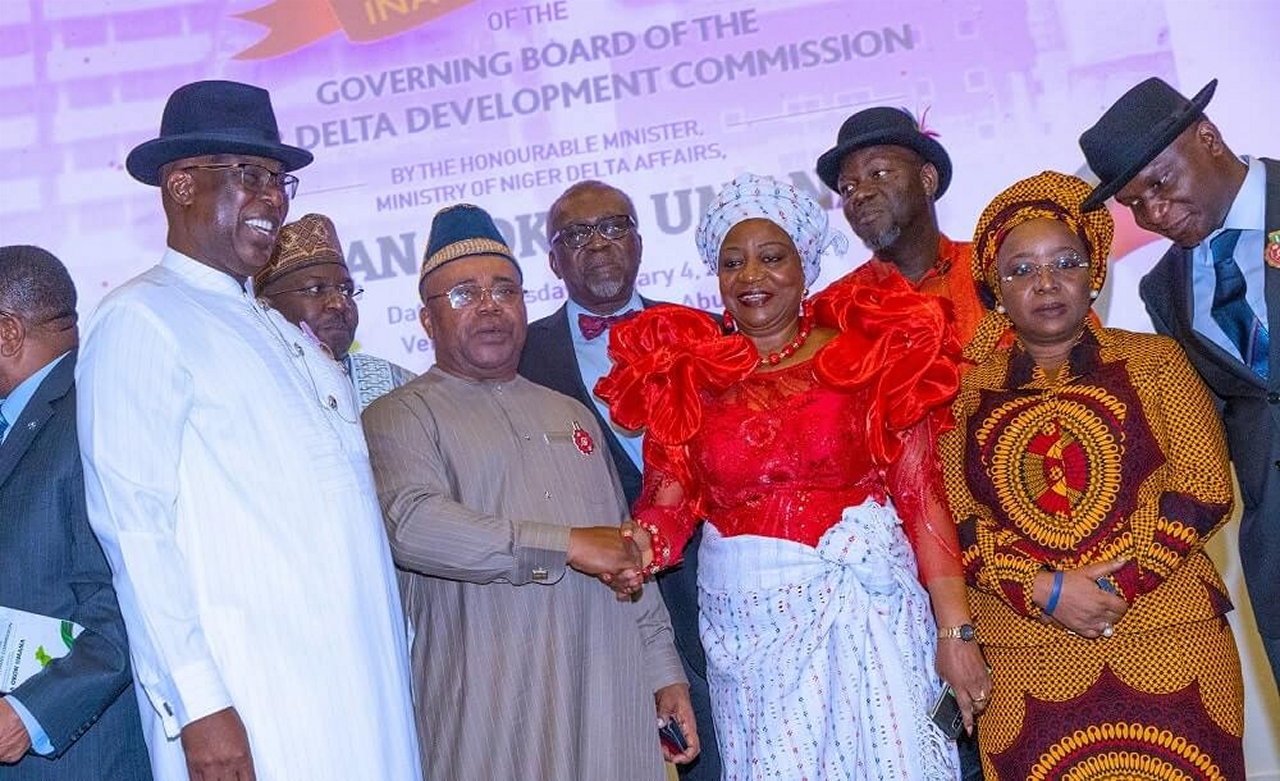 The Board of the Niger Delta Development Commission (NDDC), has given its Chairman, Lauretta Onochie, the go ahead on the plans to cut financial waste and implement other measures aimed at ensuring the smooth running of the Commission.

The Board gave the nod at the end of its meeting after an exhaustive debate on the proposal tabled before it by the Chairman.

This development is coming in the wake of a report by one of the notable online news platforms, Sahara Reporter, alleging that there were moves by members of the Board to oppose Onochie’s moves to sanitize the NDDC.

The report, according to some stakeholders, is consistent with what appears to be an attempt to return to old ways in the NDDC, with some forces trying to gang up against the Chairman of the board, following her desire to ensure that wastes in the system are reduced.

A member of the Board, who spoke to our correspondent on telephone Thursday night, said the story was “a tissue of lies designed to sow a seed of discord among members of the Board who are united in their resolve to make a difference in the Niger Delta.”According to the member, who preferred not to be identified, “we have always reported the various submissions by the Board members on their being united to work for the Niger Delta.“The truth is that the Chairman insisted on a drastic reduction in the number of aides attached to Board members, in line with extant rules and regulations of the Federal Government.

That this falsehood is being perpetrated by Sahara Reporters is an indication of a ploy to misinform the public in a bid to distract the Board.“We assure that the Board will neither be distracted nor divided in its resolve to do things differently and make a difference in the Niger Delta.”Commenting on the allegation that Onochie asked for 18 Special Assistants, our source said the story was calculated to blackmail the Board Chairman as “the office of the secretary to the Federal government (SGF), has set out guidelines for the number of aides the chairman, managing director and others members of the board can have.

Maintaining that the guidelines had been put in place and indeed approved before board came into being, the source insisted that the new Chairperson h brought hope to the Commission, “with her insistence that things cannot be done in old ways and expect a new result.

“She has put her foot on ground and ready to turn the NDDC around,” said the Board member.
Reacting to the development, Onochie said in a post on her verified Twitter handle, @Laurestar, “On NDDC, I stand with the laws of our land.”“I will continue to insist that the NDDC Board, follow the laws that set it up. Our Plans are to serve #ThePeopleOfNigerDelta. Its a Board, not a Sole Administration. We are doing things differently. We will continue to do that.“God Bless the Niger Delta. God bless Nigeria.”