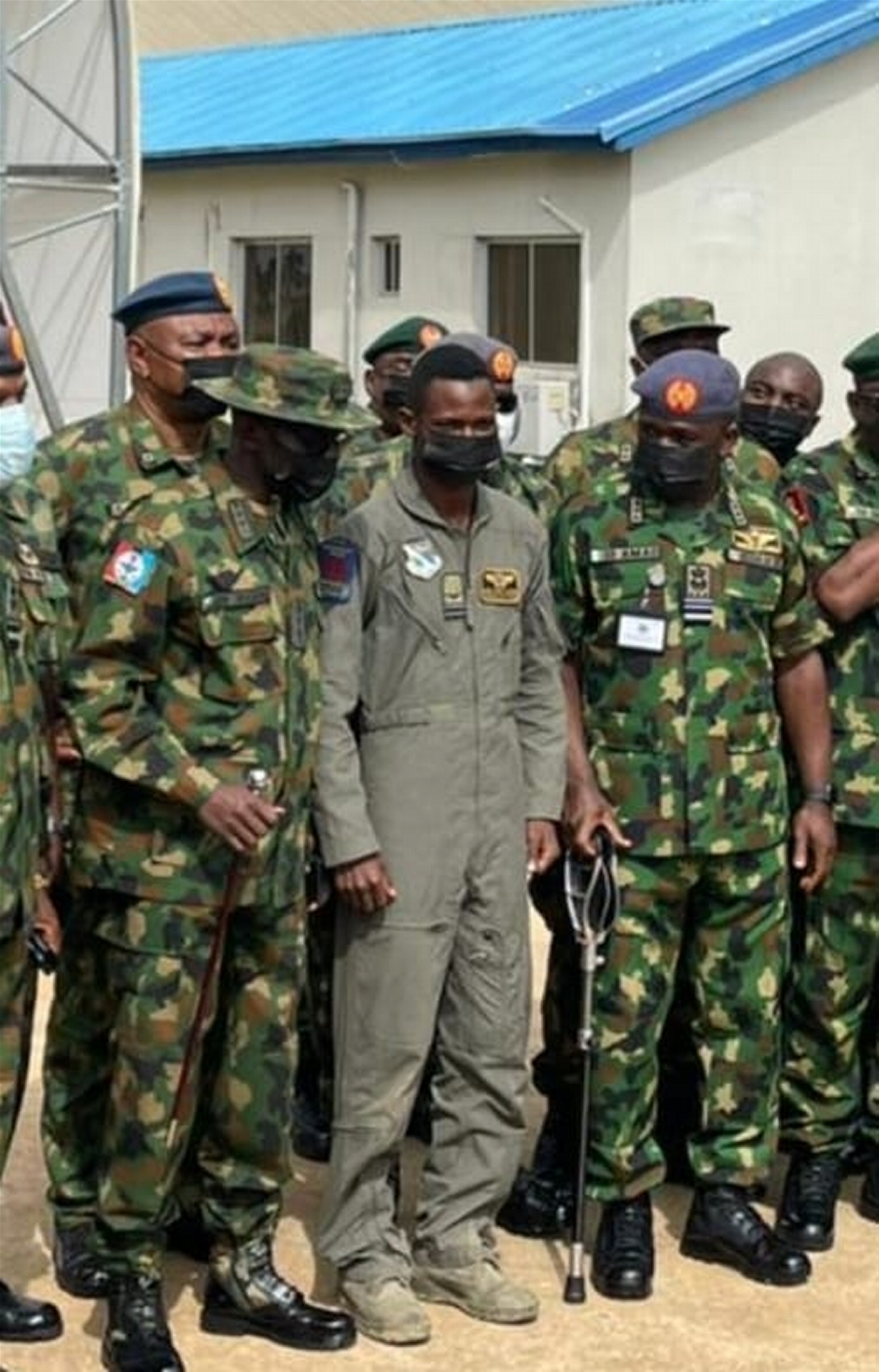 A Nigerian Air Force (NAF) Alpha Jet aircraft, returning from a successful air interdiction mission between the boundaries of Zamfara and Kaduna State, came under intense enemy fire which led to its crash in Zamfara State.

He said, “Luckily, the gallant pilot of the aircraft, Flight Lieutenant Abayomi Dairo, successfully ejected from the aircraft. Using his survival instincts, the pilot, who came under intense ground fire from the bandits, was able to evade them and sought refuge in nearby settlements awaiting sunset.

“Using the cover of darkness and his phone set for navigation, Flight Lieutenant Dairo was able to elude several bandits’ strongholds and maneuvered his way to a Nigerian Army Unit, where he was finally rescued.

“It is instructive to note that upon receipt of the news of the crash, the Chief of Air Staff, Air Marshal Oladayo Amao, had directed that all efforts must be emplaced to rescue the pilot.

“Accordingly, NAF Intelligence Surveillance Reconnaissance (ISR) platforms and helicopter gunships provided close air support to NAF Special Forces and Nigerian Army troops who were able to locate the crash site and the pilot’s parachute, while also combing nearby locations for any sign of the pilot.

“It is gladdening to note that while in hiding, Flight Lieutenant Dairo confirmed that the presence of NAF aircraft within the vicinity of the crash site helped in scaring the bandits who were after him, thus enabling him to find refuge and escape to a safe location.”

It is important to also recall that only recently, the President, Commander-in-Chief of the Armed Forces of the Federal Republic of Nigeria, President Muhammadu Buhari, GCFR, had directed the Armed Forces of Nigeria to do all it takes to flush out criminal elements in Katsina, Zamfara and Kaduna States. It is in fulfilment of this directive that the NAF, in conjunction with surface forces, has in the last 2 weeks mounted intensive day and night air interdiction operations against bandits and their hideouts, especially in these 3 states. Through these intensive air operations, hundreds of bandits have been neutralized and several of their hideouts destroyed.

Despite the setback of yesterday’s crash, the NAF remains committed towards fulfilling Mr President’s mandate as well as other constitutional roles assigned to it. The willingness, readiness and tested ability of the NAF remains unshaken and unwavering as it continues to carry out its assigned roles.