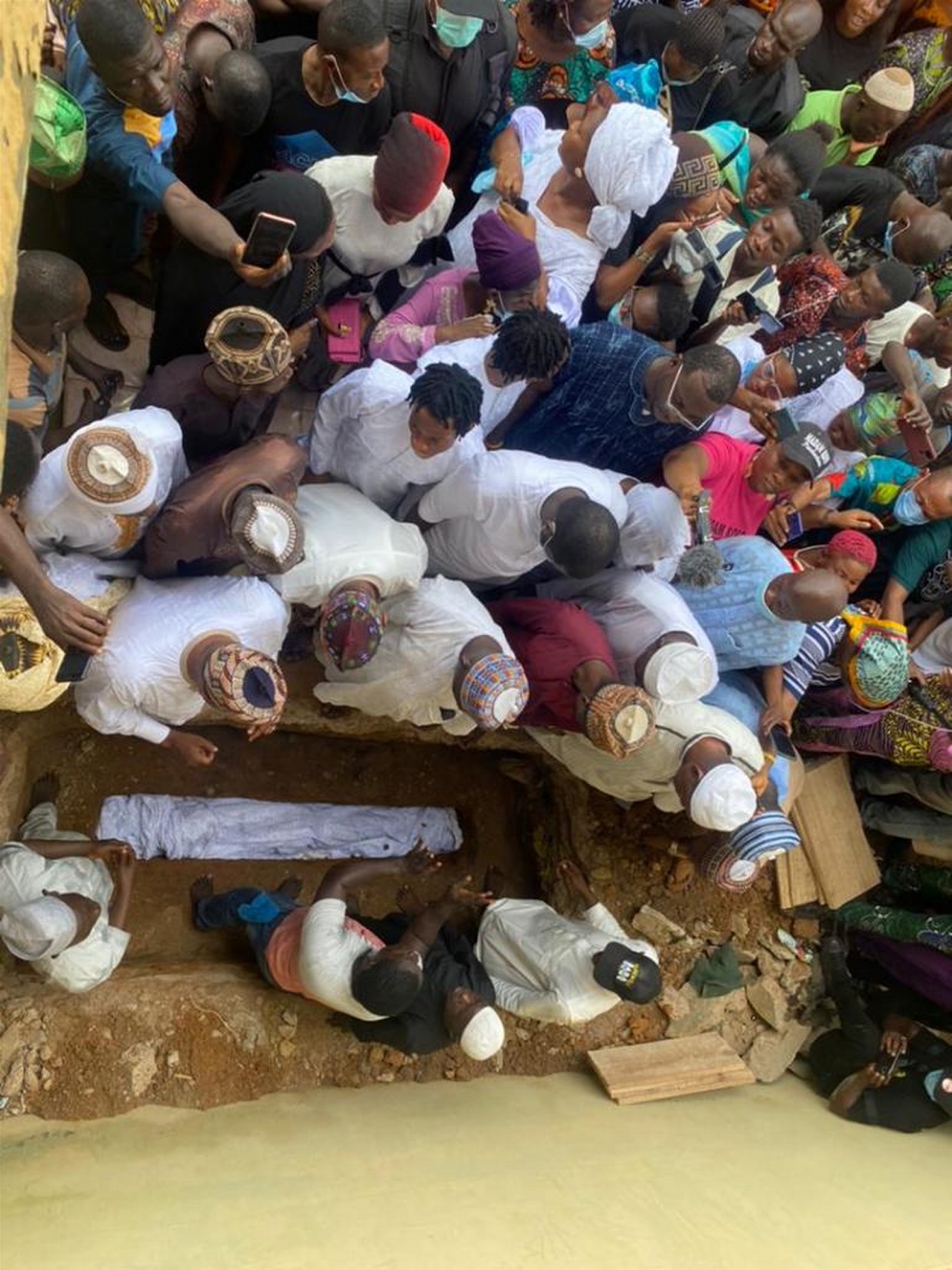 The remains of Veteran Nigerian comic Actor, Babatunde Omidina aka as Baba Suwe has been laid to rest on Thursday, in Ikorodu, Lagos state.

His remains was committed to mother earth around 11:05 am.

Baba Suwe who died on Monday was buried at his Ikorodu residence on Thursday.

Many well-wishers And sympathisers could not hold back tears when they arrived Baba Suwe’s residence to condole with his family.