Ayam Cemani: The Mystical All Black Chicken Every part of this animal is black, even its bones and internal organs-By Sajjad Choudhury (video) 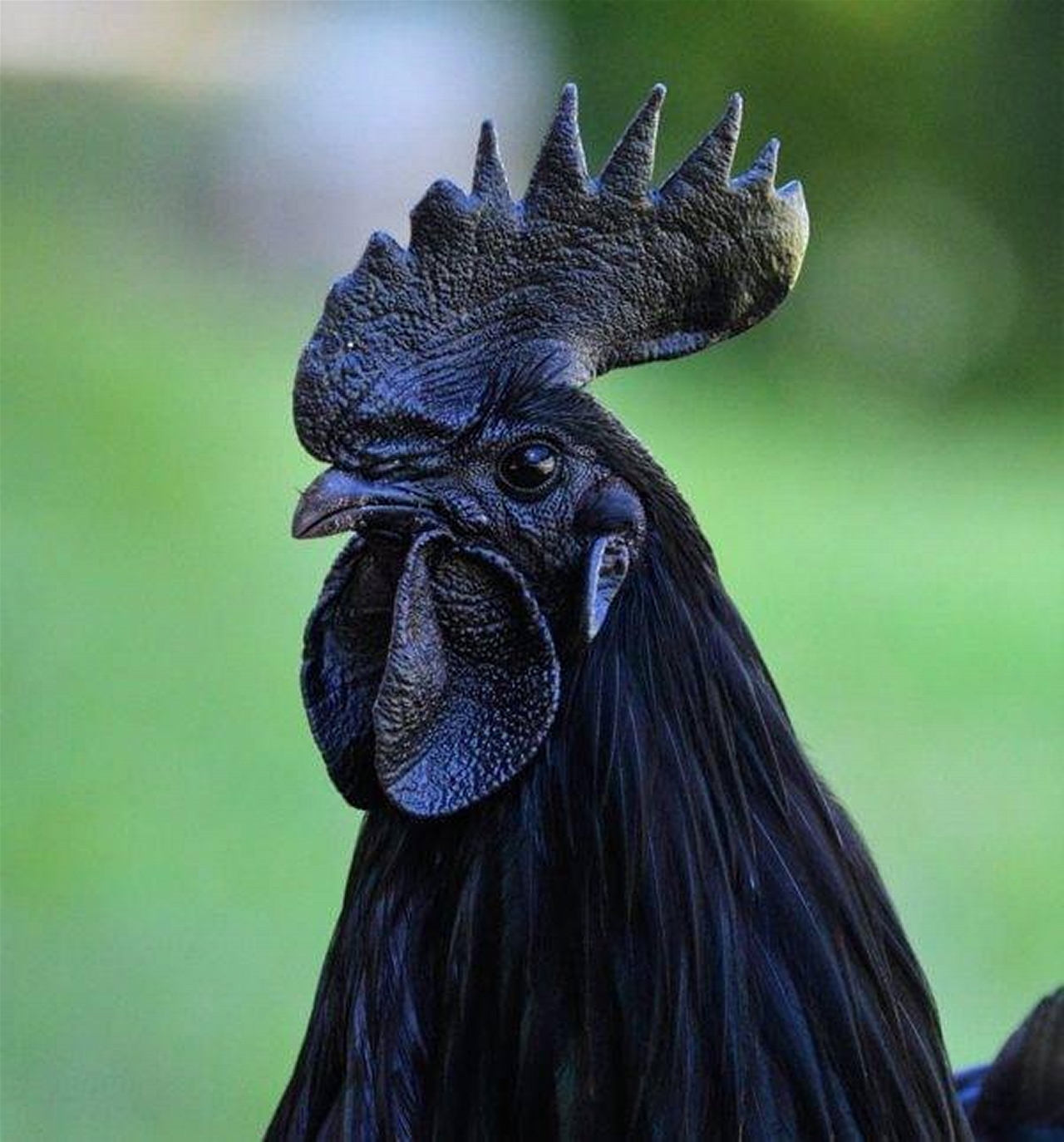 Ayam Cemani is a breed of chicken that originated from Java in Indonesia. Although its exact origins are a mystery, it was likely the result of a cross between the green jungle fowl and the red jungle fowl. Even its name carries multiple meanings, with Ayam meaning chicken in Indonesian and Cemani either referring to a village or ‘solid black’ in Sanskrit.

The reason for this obscure name is that the Ayam Cemani has a rare trait called fibromelanonis, which causes hyperpigmentation in the chicken’s body, causing it to turn black. However, unlike albinism, it goes beyond the skin and feathers as it also results in black flesh, black bones, and even black internal organs. Its blood, however, is still red, though it’s said to be slightly darker than domestic chickens.

In Indonesia, these birds were viewed as status symbols and kept by wealthy families who cared for them. Due to their mystical appearance, they were also said to have magical powers and could act as a medium between the living and spirit worlds.

Dutch settlers first discovered the breed after they witnessed the locals using them in religious rituals where they would sometimes be sacrificed to please the gods. Fascinated by their appearance, some of these settlers wanted to bring them back to Europe, but it wasn’t until 1998 when a Dutch breeder named Jan Steverink imported them in.

The Ayam Cemani has many different feather types, although the bottlebrush type is considered the most prized, costing up to $5000 for a single bird. Other breeds include the smooth feathered lidah hitam, which is also known as black tongue. There are fewer than one thousand Ayam Cemani with entirely black tongues in the US, and those with pink tongues probably only carry one of the two fibromelanistic traits, disqualifying them from competitions.

However, even top-tier fibromelanosis does not last forever, and as the Ayam Cemani age, their flesh can slowly turn grey. Aside from their colour, one of the reasons they’re so expensive is because, unlike other hen laying eggs, the Ayam Cemani only lays about one or two eggs a week, for a total of 60 to 100 a year.

In addition, after laying around twenty to thirty eggs, they sometimes pause for up to six months before they begin to lay again. Combined with the fact that not all chicks will display their brilliant black hue, this makes raising purebred Ayam Cemani difficult, which is why they’re so difficult to obtain.

Contrary to popular belief, although the chicks develop their black pigmentation during embryonic development, the eggs themselves are not black but a pale cream with a slight pink tint.

However, despite their high cost and unusual colouration, they’re not too difficult to raise, and breeders have described them as hardy and resilient birds, able to withstand most illnesses.

We’ve always been fascinated by the weird and wonderful, and the Ayam Cemani, with its striking appearance, is no exception to that rule. Whether or not they indeed hold mystical powers, the fact that their flesh, organs, and even bone marrow are black should make us wonder what other strange creatures lie out there.

Today there are only 3,500 Ayam Cemani in the world, but the breed remains somewhat unknown, even to chicken enthusiasts. Perhaps it’s better that way as they are among the few birds still treated with immense respect and adoration. To disrupt that balance could potentially prove disastrous, and nobody would want that.