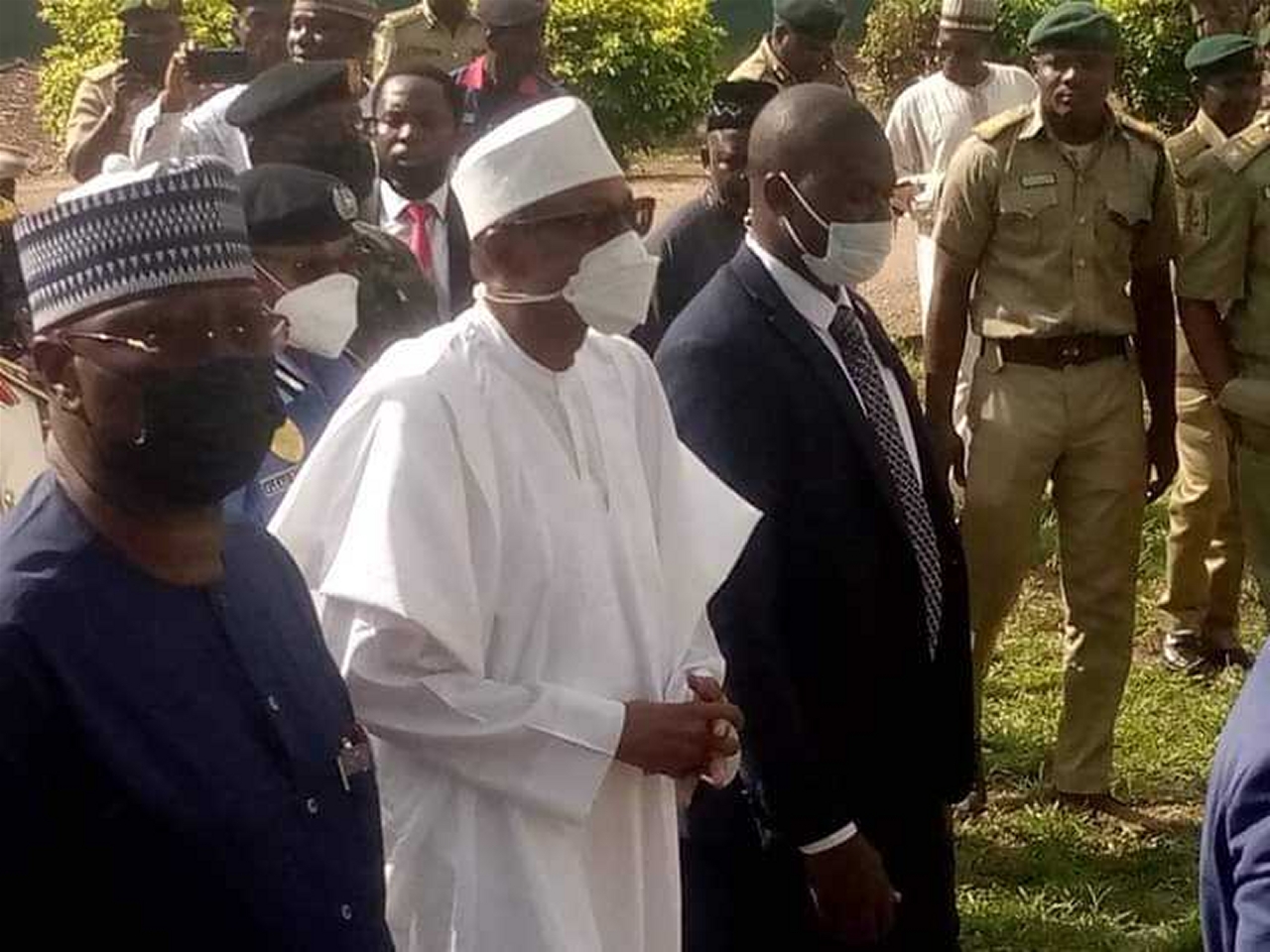 The attack on the advance Presidential team to Daura, hometown of President Muhammadu Buhari and the explosive attack on Kuje Prison in the nation’s Federal Capital Territory are affirmations that the insecurity situation in Nigeria is getting out of hand at a rate faster than is acknowledged by the authorities who should deal with it.
Handing down this unsettling declaration was the pan Yoruba socio-political organization, Afenifere, in a release signed by its National Publicity Secretary, Comrade Jare Ajayi.
A terrorist group had, on Tuesday at Dutsinma, Katsina State, attacked the Advance Team of security guards, protocol and media officers ahead of President Muhammadu Buhari’s trip to Daura for Sallah. The President is billed to be in Daura this week Friday for this year’s Ed-il-Kabir festival.
Evening of same day, Tuesday July 5, 2022, suspected Boko Haram members stormed Kuje Prison in the Federal Capital Territory with explosives. They operated for over one hour, according to reports, at the end of which several inmates were illicitly ‘freed’, with several officials of the Correctional Centre injured.
Ajayi regretted that the two attacks were not isolated as reports of terrorism attacks occasioning loss of lives, kidnapping, raping, bodily harms etc occur on a daily basis. He stated that what set the ones of this week’s Tuesday apart was its derring-do nature. Another indication that the country is under siege.
“The nature of these attacks should send serious signals to the governments, to the security agencies and indeed to all Nigerians. The one on the Presidential Team seems to be a coded language by enemies of the nation that they are not afraid of anyone notwithstanding the status of such a person. For, it goes without saying that a Presidential Team would normally be fortified. So, for a group to attack such a team must be out of sheer bravado – which unfortunately further exposed how vulnerable our security situation is”.
Ajayi went further to state that the attack on Kuje Correctional Centre, like some other attacks that occurred in such areas, “appears to be a statement by those enemies of Nigeria that they can strike anywhere and at any time. For, this Kuje attack, taken together with the fatal attack on a military team in Niger State last month, keeps reminding one of the build-up of the Afghanistan saga that led to the forceful take-over of government in that country last year. Everything needs to be done to ensure that such does not occur here”.
He added that were federal government to be sincere in the way it has been handling security breaches in the past, “the situation would not have degenerated to this sorry pass. By this we are referring to the kid-glove manner by which the government and its security arms have been dealing with those caught in banditry and terrorism”.
Normally, anyone around the President or Governor ought to have a sense of safety just as the presence of government ought to be an assurance for the citizens regarding their security. The attacks on the Presidential Team and on Kuje Prison, like the ones that had taken place in different parts of the country before, “make Nigerians to feel more and more insecure. On a number of times, armed bandits have attacked governors, particularly those of Borno and Benue. They have attacked transport centres like airport and rail lines as well as military and police formations. These are places one should have a sense of highest safety and security. Their attacks on religious places and on clerics too seem to have become a routine. In that kind of situation, people’s sense of helplessness became heightened.”
So heightened was this that Zamfara State Governor, supported by his Benue state counterpart, urged the people in their respective states to arm themselves. When that occurs, chaos and self-help would become the order of the day – making government redundant.
Afenifere said that it, like many other well-meaning Nigerians, have, on several occasions, warned against what is happening now. It recalled its Press Statement of May 5, this year, while reacting to the assurance given by President Muhammadu Buhari during this year’s Ed el Fitri that insecurity has been curtailed in the country. The pan Yoruba organization had then, in a statement by Ajayi, asserted that “Rather than looking at the immediate future with hope, Nigerians are living and moving around in fear and despondence because of the insecurity they face at home, at work and even more so when travelling on highways. How then can one be hopeful in that kind of situation?”
Afenifere was emphatic that the nature of the ongoing terrorism attacks has shown that the objectives of those behind it went beyond religion or even economic. “It is, without any doubt territorial and hegemonic in nature. Their aim is to ‘conquer’ indigenous people and impose their hegemony over them. Reports from some of the territories they have taken over revealed how they were forcing people to pay them taxes before those people could be allowed to carry out their daily activities.”
Ajayi maintained that it is the responsibility of the government that no external entity comes around to impose its force over the people of any area within its sovereignty. “Unfortunately, terrorists are having the field day while those Nigerians look up to appear to be watching in helplessness”.

Prescribing effective ways out of the frightening situation, Afenifere spokesman advocated for an immediate setting up of local and state police, granting of free hand to security agencies to deal with the terrorists and devolving power to the states in a manner that would enable nationalities in the country to have greater leverage in the way affairs affecting their lives are being conducted.

“In other words, effective machinery must be set in motion for a proper restructuring of the country immediately while states are allowed to set up their own police forces as a short time measure to the insecurity ogre that is about to consume everybody” Ajayi concluded.