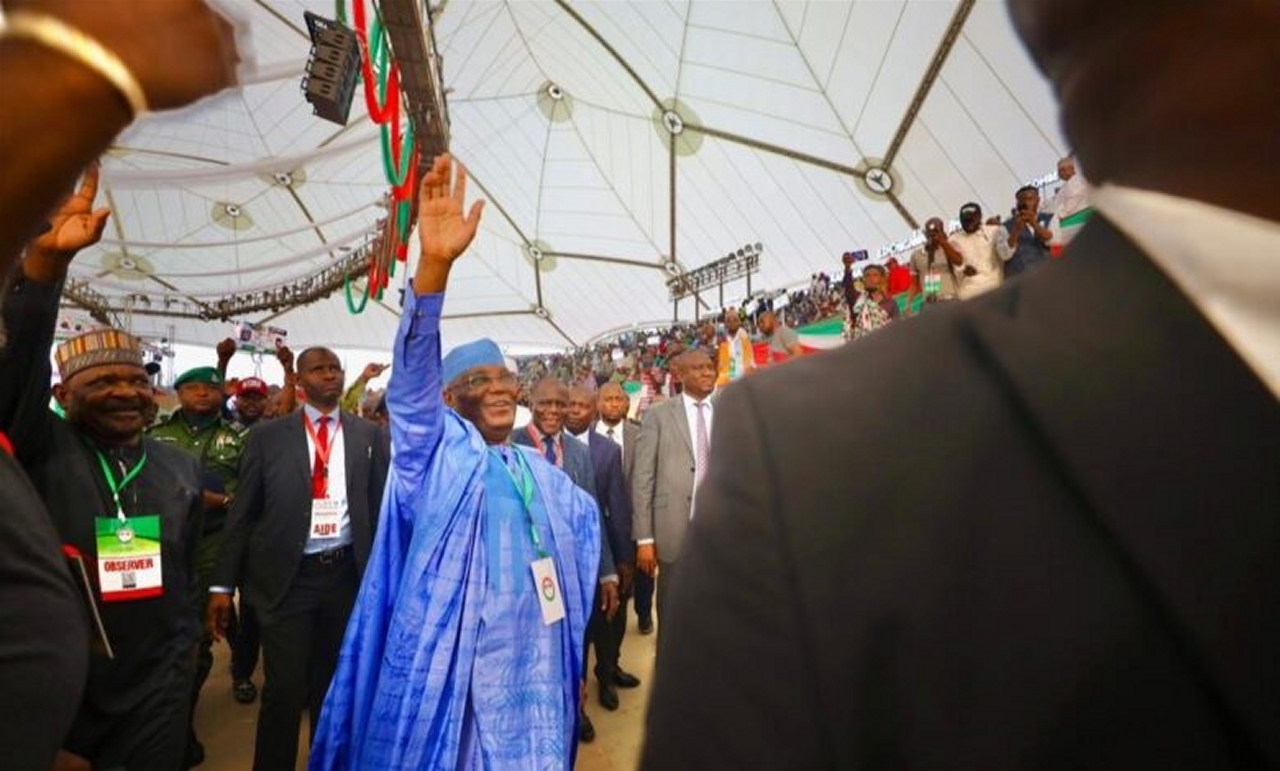 Former Vice-President Atiku Abubakar on Saturday said he was honoured to be elected as the presidential candidate of the Peoples Democratic Party (PDP).

Atiku emerged as winner with a total of 371 votes, defeating other frontline aspirants – Rivers State Governor, Nyesom Wike and a former Senate President, Bukola Saraki who polled 237 and 70 votes respectively.

Reacting to his win via Twitter on Saturday night, Atiku wrote: “Today, the battle to rebuild and unite our great country moves forward. I’m honoured to be named the @OfficialPDPNig candidate.

“I look forward to speaking with Nigerians across the country, taking the message of hope and unity as we build one future for one people.-AA #OneNigeria.”