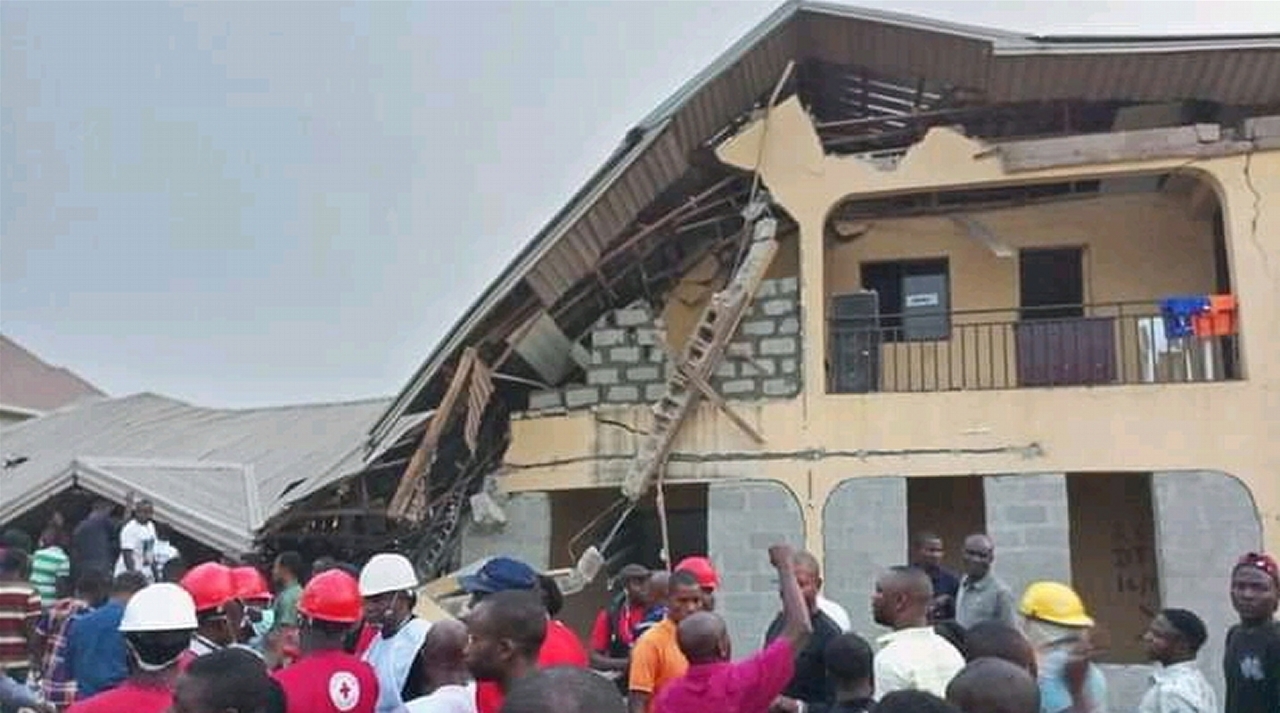 It is gathered that over 10 worshippers have d!ed so far.

The building which is being used for the first time, reportedly collapsed at about 5:55pm during Tuesday evening service.

Reports says worshippers, family members and sympathizers were crying as efforts were on to rescue other victims.

Secretary to the State Government, Patrick Ukah, the State Commissioner for Health, Dr Ononye Mordi, team of Red Cross officers, and fire fighters were on ground on a rescue mission.