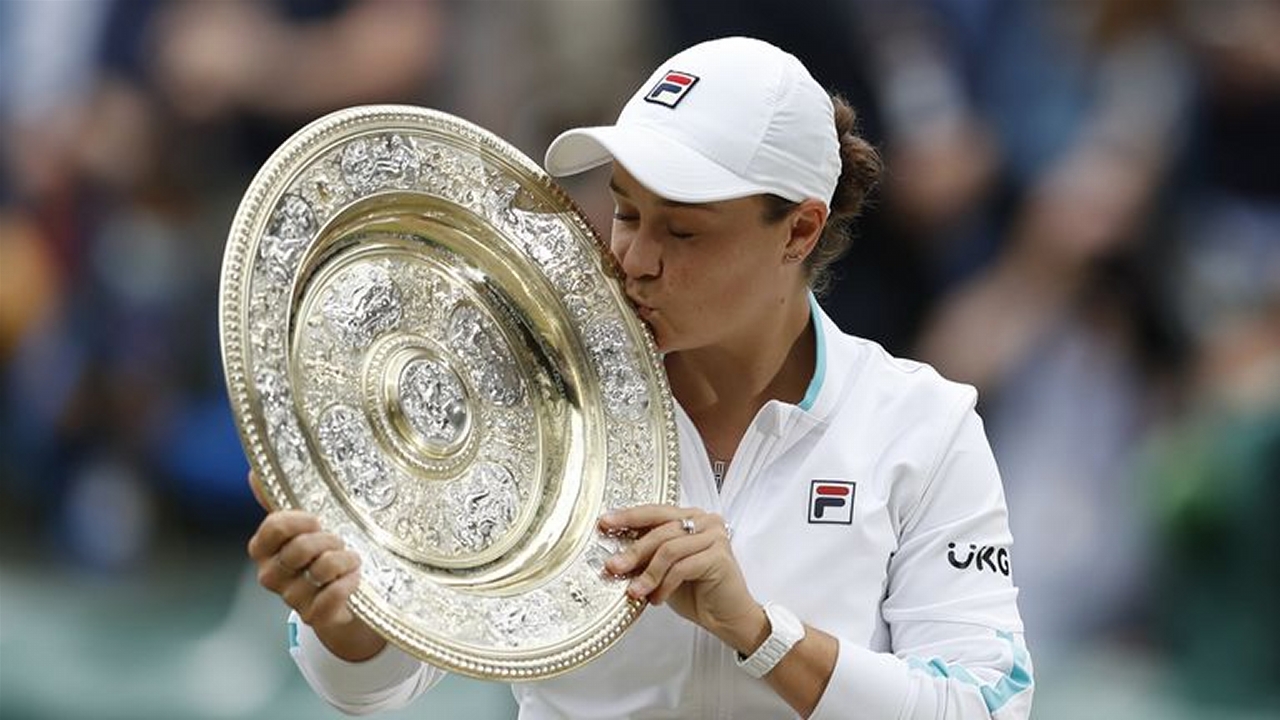 The 25-year-old, who took time out of the game just a few years ago for her mental health, came out on top in a see-saw contest that was the first Wimbledon women’s final to go into a deciding set since 2012.

After winning the opener and leading the second set 3-1 against a nervous Pliskova, Barty served for the title at 6-5, only to see her opponent hit back and win a tie-break to force a decider where Barty held herself together to prevail and achieve a place in history.

She adds the Wimbledon title to the French Open crown she won in 2019 and just as significantly, 50 years on from Evonne Goolagong-Cawley’s first Wimbledon crown, Barty made good on her pledge to emulate the legendary seven-time Grand Slam champion.