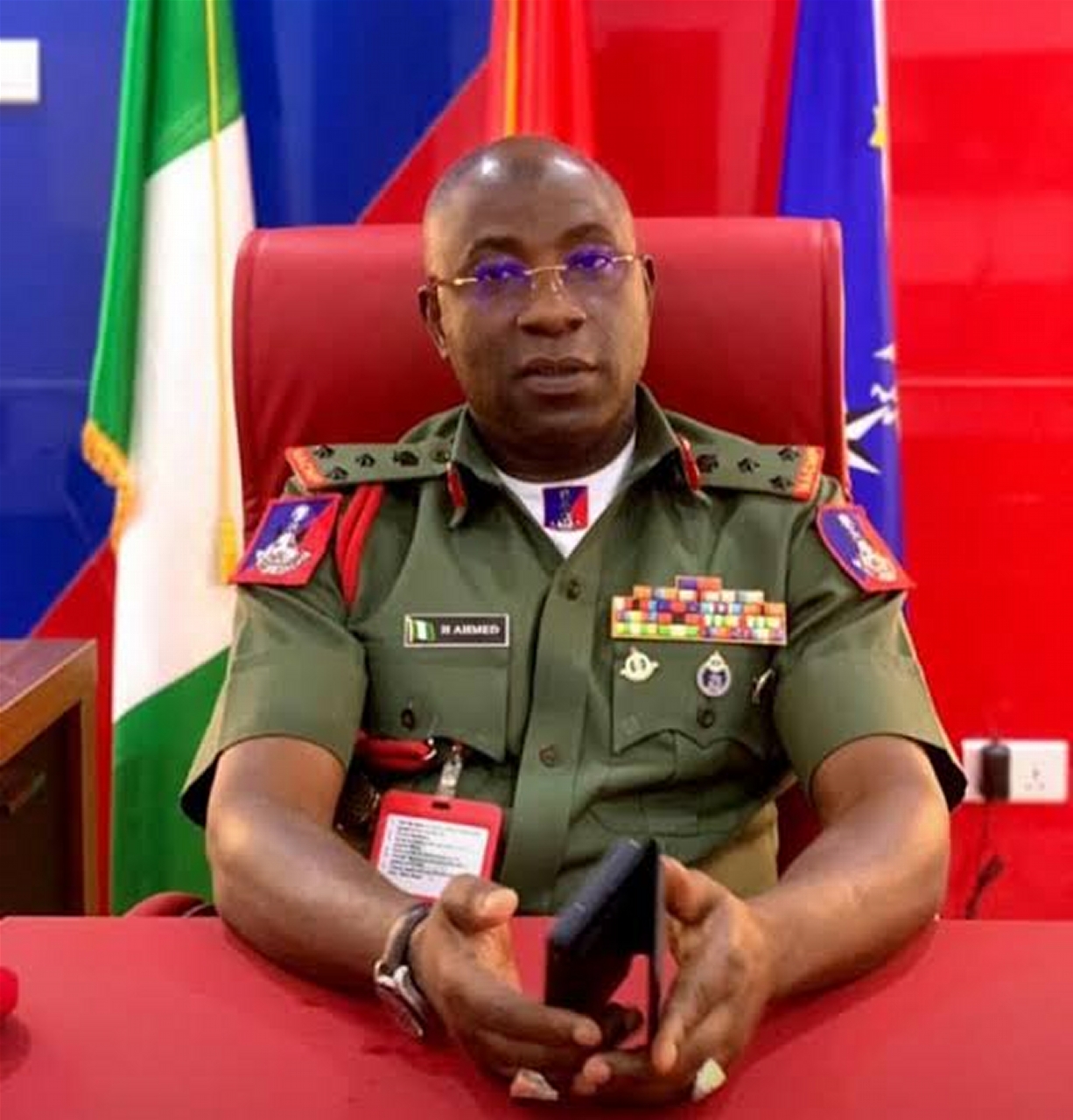 Major General Hassan Ahmed, former Provost Marshal of the Nigerian Army, has been assassinated in Abuja.

He was murdered Thursday night in the Abaji area. The assailants also kidnapped his wife.

A source close to the family said that the couple were coming from Okene when they were attacked.

“They opened fire on his vehicle, he died. The driver pretended to be dead from the wound he sustained, so they took the wife away”, the informant said.

The Chief of Army Staff, Faruk Yahaya recently appointed Ahmed a Director at the Army Headquarters in Abuja.