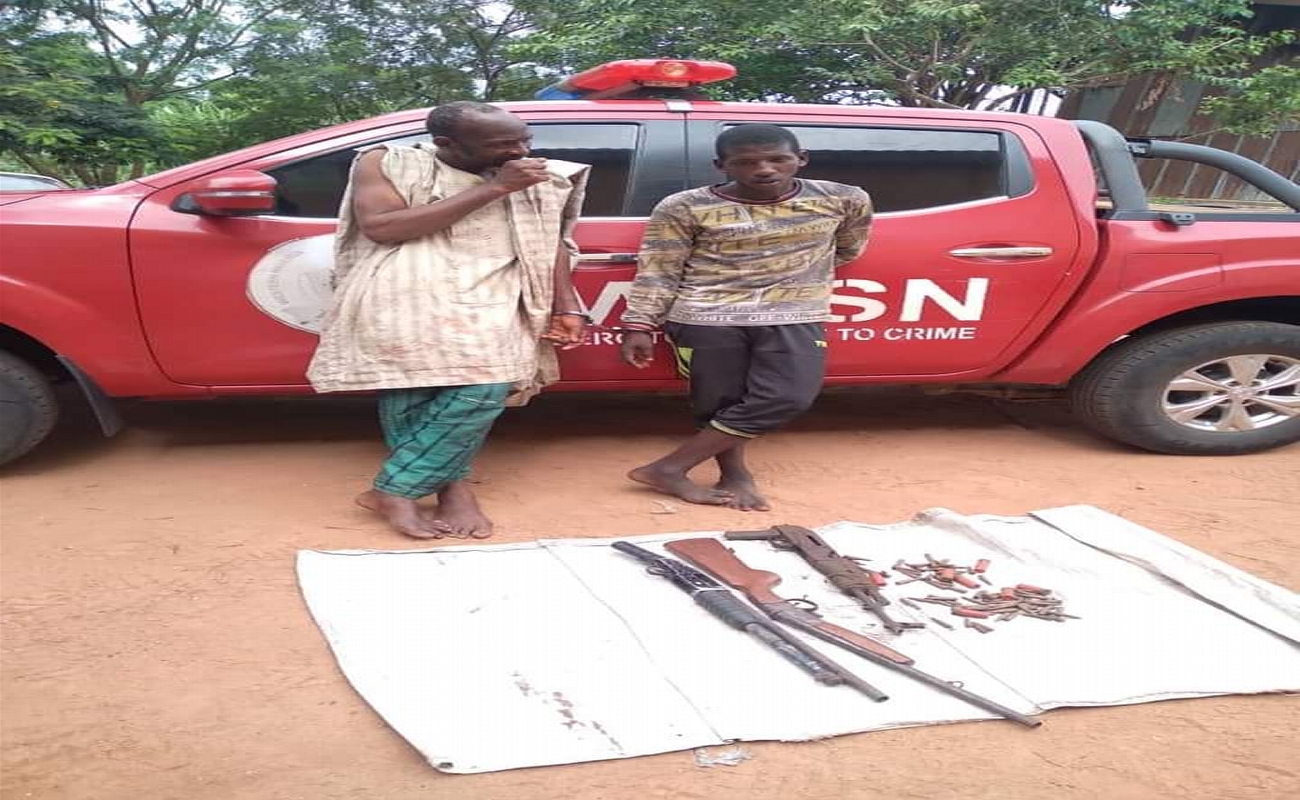 The bandits were nabbed by the Amotekun operatives at Alapa Village, Lanlate.

The bandits, a 45-year-old Mumini Saliu and Ibrahim Suleiman who is 25 years old had in their possession 82 rounds 7.62 ammunition and 7 cartridges amongst other harmful weapons.

The Suspected bandits have been handed over to the Director of State Security Services, Oyo State Command for further investigation.