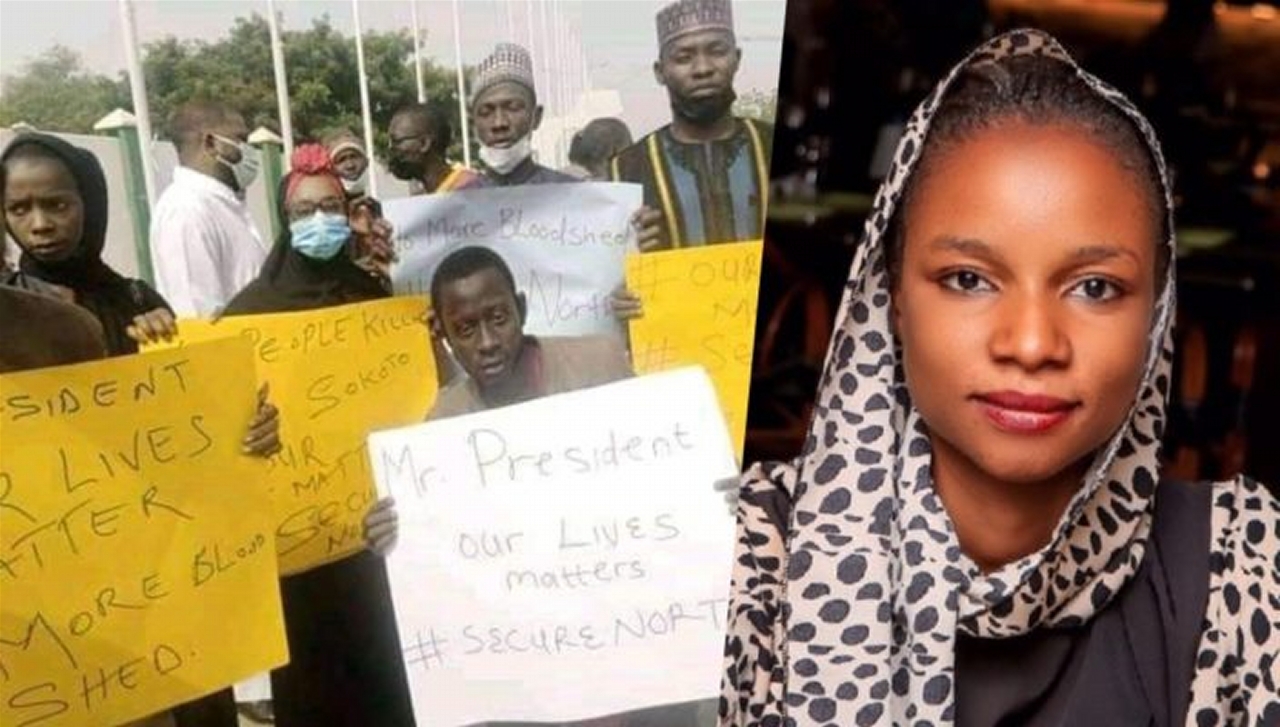 Zainab Naseer Ahmad, one of the conveners of protest against insecurity in Kano, Northwest Nigeria has dissociated herself from the ongoing protest after she was invited for questioning by the State Security Service, SSS.

“I want to let people know that from today I’m dissociating myself from the protest that started today, I’m kindly advising my Kano people to stay away from tomorrow’s protest,” Ms Ahmad said.

“I heard about the plans to hijack and cause chaos for some political interest. I advice us to stay at home for our SAFETY. I was invited for a discussion by the DSS It is not about me or you rather the interest of the state,” she added

Scores of youths on Friday marched across states in the North in frustration over the worsening insecurity that has beset the region.

In the region’s most populous state, Kano, hordes of youth demonstrated against the horrible death of 23 people killed in Sokoto.