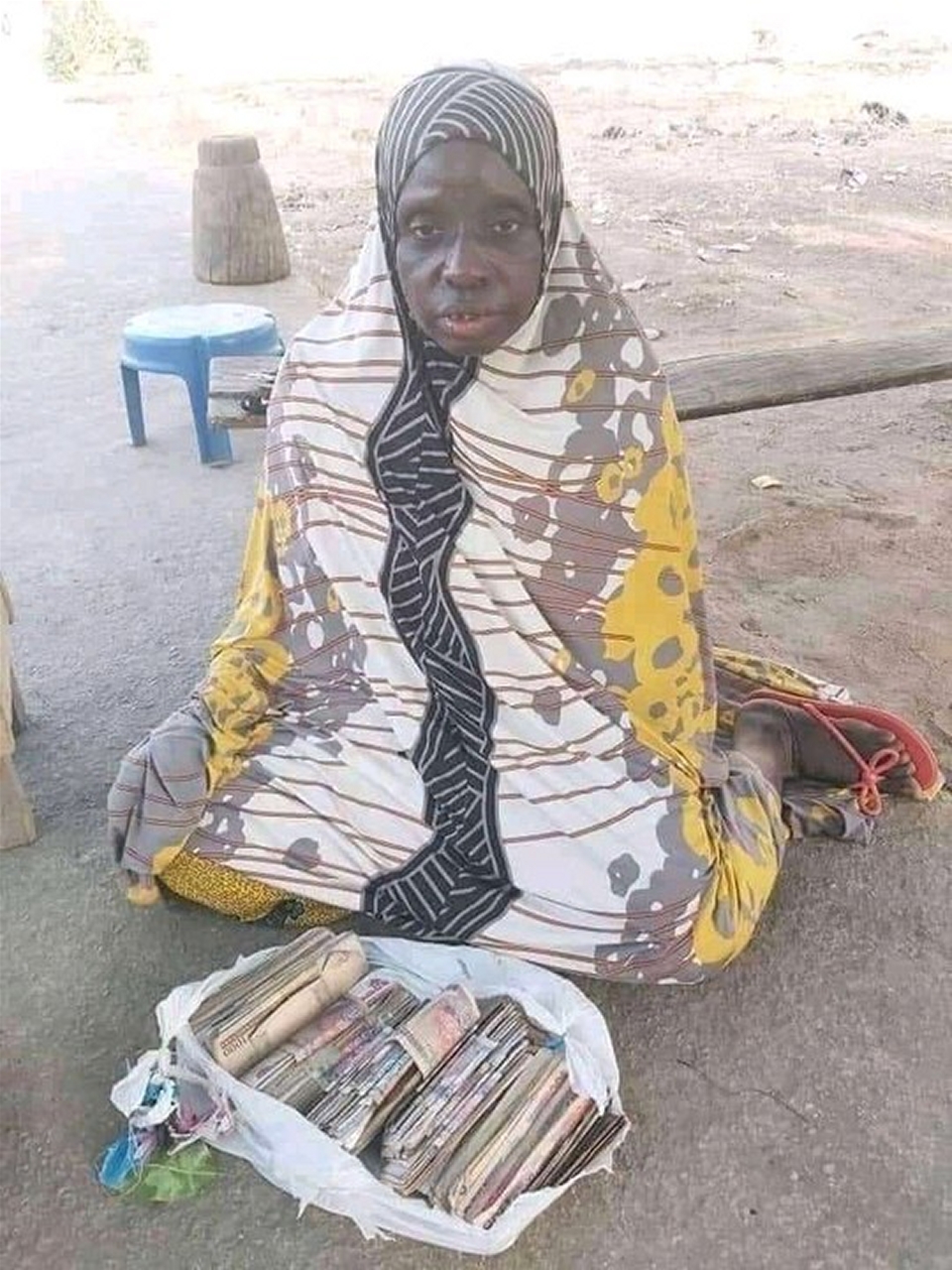 A lady beggar identified as Hadiza Ibrahim surprised everyone after she was arrested in Abuja, Nigeria’s capital city with over N500k and $100.

The incident had many residents confused as some people at the scene were linking the woman to kidnappers. Others were of the view that she might be into child trafficking or rituals.

As of the time of this report, it was not confirmed where the woman is from or how she is in possession of such huge amount of money.

It was later confirmed that she has been handed over to the police for further investigation.