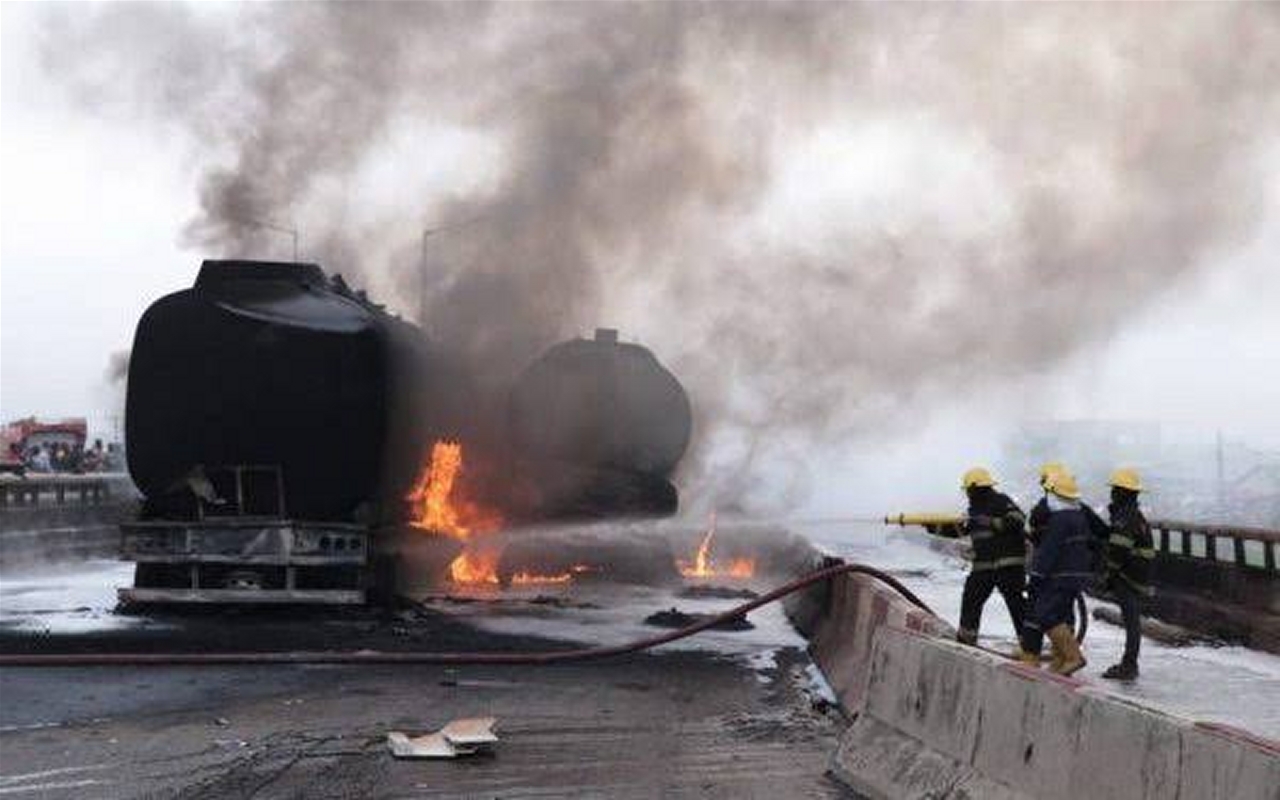 Seven Trailers have been burnt after a fire outbreak from a tanker explosion along Lagos-Ibadan Expressway Today.

The incident happened around the new Kara Market inbound Ibadan.

Operatives of the Traffic Compliance and Enforcement Corps (TRACE) have arrived at the scene of the incident to stop the fire from escalating to other areas.

The TRACE Corps Spokesperson, Babatunde Akinbiyi said “a fully loaded trailer fell on the road in the ensuing gridlock caused by the incident, a tanker laden with fuel, in the hold up suddenly burst into flames affecting 7 other trucks and 2 cars in the process.”He advised that vehicles moving inbound Lagos should go through Saapade-Ode/Remo-Iperu-Sagamu to relink Lagos-Ibadan Expressway.

He also added that vehicles moving inbound Ibadan should also go through Sagamu-Iperu-Ode/Remo-Saapade to relink the Lagos-Ibadan expressway.