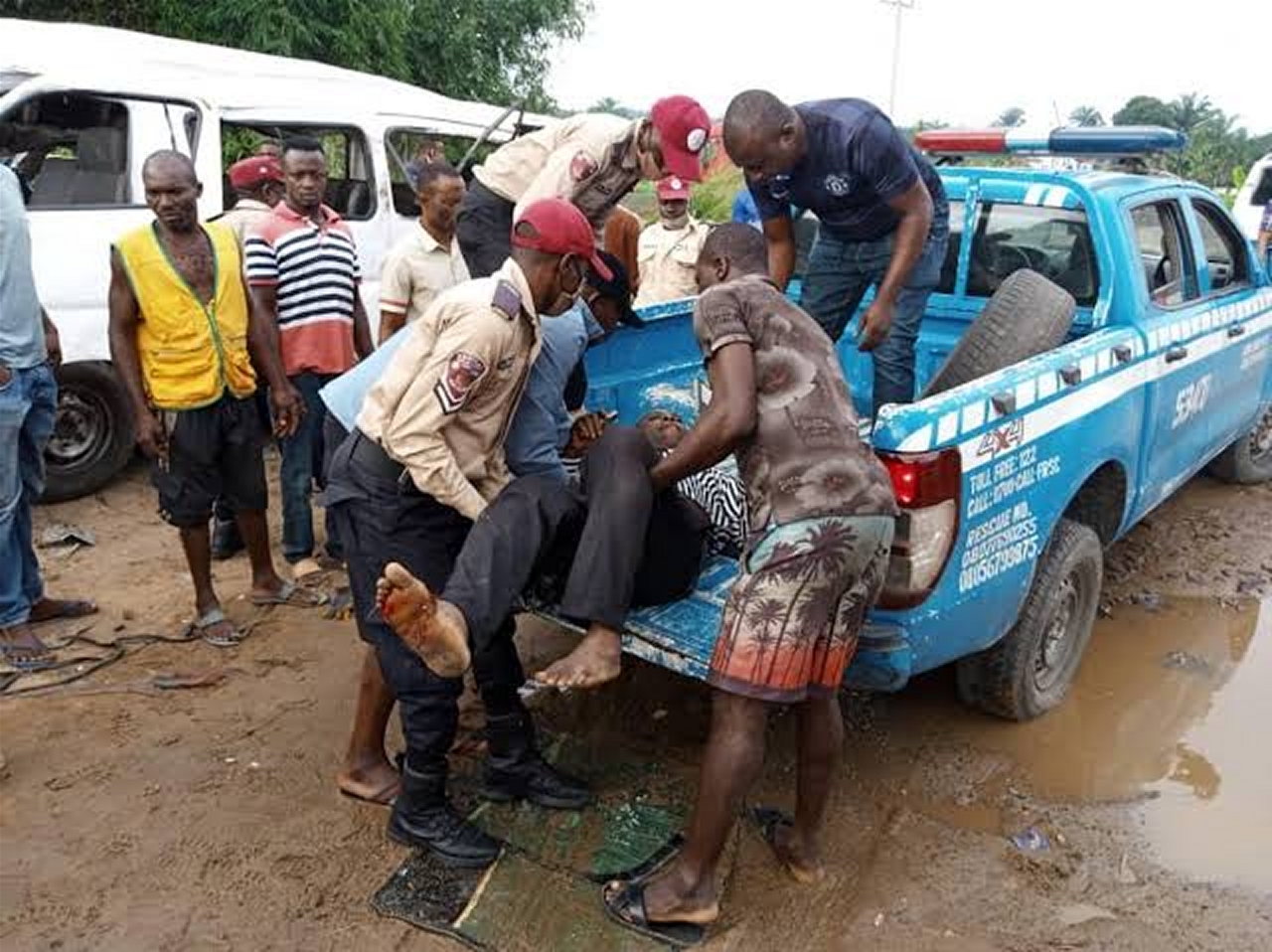 Seven persons have been confirmed dead in an accident involving a Mercedes Benz luxury bus at Ososa bridge on the Sagamu- Benin expressway on Christmas day.

Umar explained that the accident occured at 12:20am and it was caused by excessive speed, wrongful overtaking and loss of control.

The sector commander stated that a total of 63 persons were involved in the accident which comprised of 40 male adults, 15 female adults, five male children and three female children.

He said the seven persons who sustained injuries are three male adults and four female adults.

Umar explained that the seven persons recorded death from the crash are three male adults and four female adults .

According to him, the deceased were deposited at State Hospital Mortuary, Ijebu Ode.