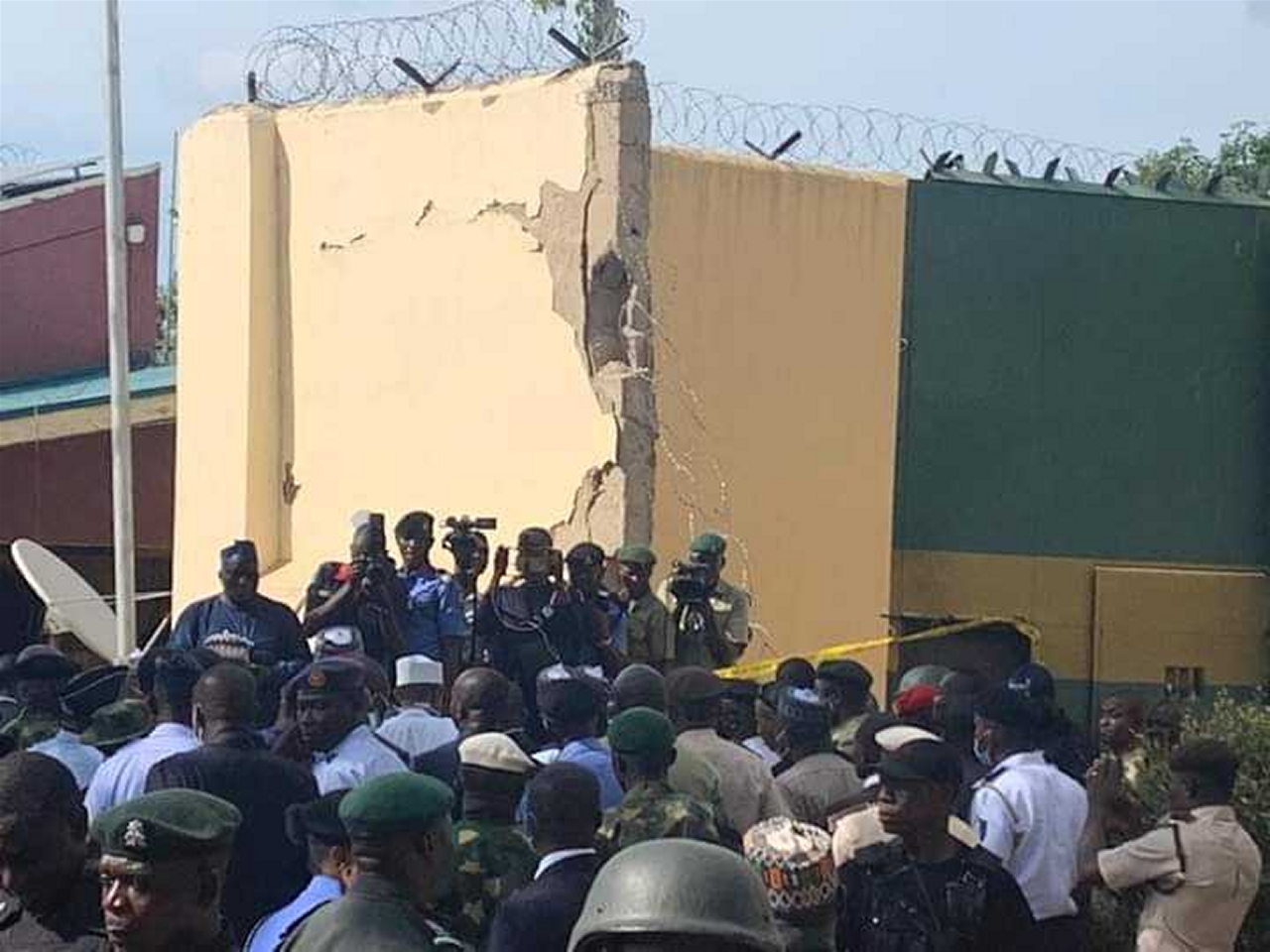 In furtherance to my earlier press release on the unfortunate attack by gunmen suspected to be terrorists, I wish to state that the attackers broke into the Medium Security Custodial Centre, Kuje using explosive devices through the main entrance and the fence of the facility respectively, killing a personnel of the Nigerian Security and Civil Defence Corps (NSCDC) attached to the Custodial Centre and leaving three (3) personnel of the Nigerian Correctional Service seriously injured.

A total of 879 inmates escaped from the facility during the unfortunate attack. As at the time of this report, 443 have been recaptured, 551 inmates are currently in custody, 443 inmates are still at large, 4 inmates dead and 16 inmates sustained various degree of injuries and are being treated at the moment. However, efforts are ongoing to recapture all fleeing inmates.

The Service will deploy its Corrections Information Management System (CIMS) in synergy with National Identity Management Commission (NIMC) to track all fleeing inmates and return them to custody.This is also to
confirms to the general public that DCP Abba Kyari and other VIPs held in the facility did not escape. They are presently in custody, hale and hearty.

Recall that after the attack at the Medium Custodial Centre in Agbolongo, Oyo state, the Honourable Minister of Interior, Ogbeni Rauf Aregbesola, met with the heads of the security agencies under his supervision where the idea of Joint SecurityTaskforce comprising the Nigerian Correctional Service, Nigerian Immigration Service, and the Nigerian Security and Civil Defence Corps was formed to forstall further breaches on custodial facilities. As at the time of the attack on the Kuje facility, we have 38 military personnel on ground in addition to personnel of the Nigerian Police, Civil Defence, DSS, NSCDC and our Armed Squad.This is the Minister’s efforts to rejig the security architecture of our facilities.

The public is also informed that some of the attackers were killed while some escaped with gunshot wounds. We therefore appeal to hospitals and other medical institutions and practitioners to report anyone that comes to them for treatment of gunshot injuries to the nearest law enforcement agency.

The Controller General of Corrections Haliru Nababa FICMC, mni appreciates the efforts of other security agencies for coming to the rescue of the Service in a timely manner. He calls on the public to volunteer useful information that may lead to the arrest of the fleeing inmates.

The Controller General has reassured the public that the unfortunate incident is been handled with every sense of dedication and professionalism. He further extends his condolence to the families of those who lost their lives during the attack and wishes the injured ones a quick recovery.